The future of The London Silver Vaults on Chancery Lane is secure thanks to a new landlord but long-time resident Koopman Rare Art is leaving for Mayfair. 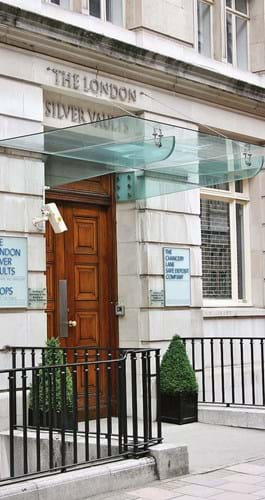 Unlike the previous owner (Aviva), the group plans to significantly refurbish and redevelop the 150,000 sq ft block rather than pull the building down. This means the tenants of The London Silver Vaults – around 40 dealers – can remain.

A representative from the Vaults tenancy association committee said: “Our leases end at the end of March and tenants are currently negotiating new leases.

“It was a totally different situation with the previous landlord when we were in danger. We now have a new landlord who will be doing work to the upper building but are happy to keep the vaults. It will be business as usual when we can reopen.”

However, Koopman Rare Art, which operates from the ground floor gallery above the vaults as well as renting vaults in the basement, has decided to leave the area and will open a new gallery in Dover Street, Mayfair, later this year. Koopman has been in Chancery Lane since the late 1950s.

Director Lewis Smith, who has worked in the building for 41 years, since the age of 18, said: “The landlords are working with the dealers and they want them to stay which is good news. But we have decided to leave.

“Mayfair is where we need to be. We have thought about it for a long time – it was a much-considered move. Chancery Lane has been difficult to access more recently for wealthy clients in cars from the West End and Belgravia. Our clients have been getting fed up with the journey so we have decided to move.”

He added: “We are turning against the trend where people are reducing or moving out of shops. If you think small you will be small. During the pandemic we looked for the opportunity of vacant premises in Mayfair and found this prominent space.”

He said Koopman’s current and new shop may be open concurrently but he expects to close Chancery Lane by Christmas.

The London Silver Vaults began life as the Chancery Lane Safety Deposit in the 1880s and was rebuilt in the 1950s after bomb damage during the war.

The dealers’ cause had been aided by the City of London Corporation which sought to keep an institution it describes as “historically and culturally significant”. It told ATG: “Within the City, there are some specialist retail uses and premises that cannot be found elsewhere. These contribute to the City’s visitor economy and to its cultural distinctiveness and should be retained and promoted.”

If planning consent is given (the application is currently being assessed), TOG expects the redevelopment work to be complete by the end of 2022.

A spokesperson said: “We are currently in discussions with all tenants regarding the renewal of their leases at The London Si lver Vaults. Chancery House is a unique building and we look forward to creating a new work space for our members above an iconic institution.”

Alistair Subba Row, senior partner at property agent Farebrother on Chancery Lane, said the redevelopment would be a positive for the Vaults’ dealers: “The Office Group are responsible and sustainable landlords. The much-needed works they will be undertaking to the building will not only raise the profile of Chancery House and Chancery Lane but provide great marketing support to the Silver Vaults in the future.”