Silver dealer Alastair Dickenson had a blast from the past when he flicked through the pages of ATG recently. 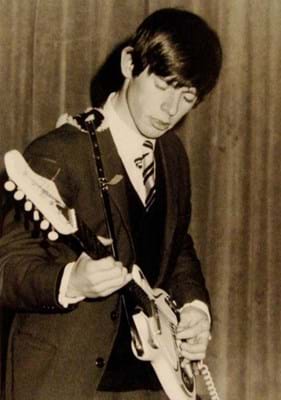 A song that he recorded with friends while at school in the late 1960s was offered as a record at Stroud Auction Rooms’ February 7-8 sale and took pride of place in a pre-sale advert.

The record was produced in 1968 when Dickenson was 17. With three Epsom school pals – including Willem Middlemiss, now a steam engine consultant at auction house Cheffins – the band, called Pneumania, recorded the ‘45 on the Oak label with a song called I can see your face which was written by lead singer Middlemiss.

The B side was a cover of the hit All your love by John Mayall & the Bluesbreakers with Eric Clapton.

The band persuaded their parents to pay for the production and studio time and produced around 200 copies. They then pressed upon younger members of their school to fork out and buy a copy.

Dickenson says: “It is very funny, the whole thing. The estimate was more than some Elvis records!”

It is not his first brush with musical fame. In the early 1980s he played in The Mark Ryder Band that toured with Hot Gossip.

He says: “I flirted with the odd professional band. But I had to make a career choice: rock ‘n’ roll or becoming some sort of expert in antique silver. I bottled out and chose the silver world.”

He still keeps his hand in, however – he and Middlemiss played at Dickenson’s daughter’s wedding in May 2016.

For fans, the song I can see your face, can be heard on YouTube and Dickenson said people that have listened have been “remarkably kind with their comments”.

Perhaps it is time for Dickenson to sell the three copies he has in his loft? A sure-fire collector’s item is the acetate – the first pressing – of the record. Unfortunately, Dickenson can’t locate it.