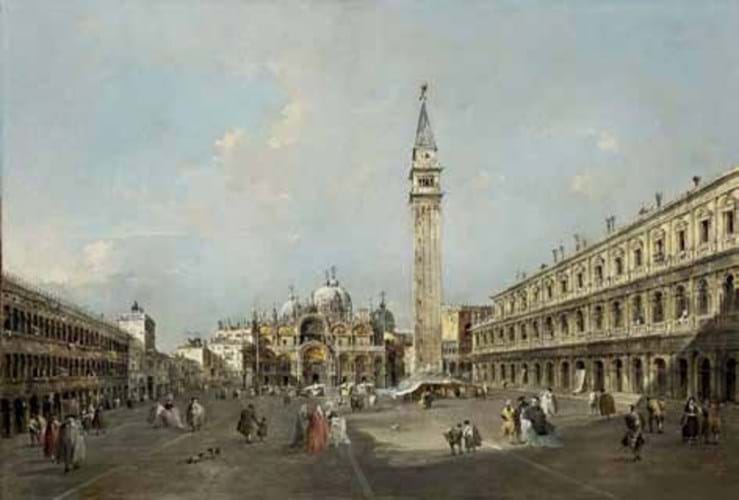 The highest auction price for an Old Master painting in France for two decades was set last week when a painting by Francesco Guardi sold for a hammer price of €5.9m (£5.1m) at Christie’s Paris on March 7.

This oil on canvas is a classic Venetian vedute depicting the Piazza San Marco and the Campanile and was part of sale of the collection of Boniface de Castellane and Anna Gould that decorated their hôtel particulier, The Palais Rose.

Egyptian embassies and The Egyptian Ministry of Antiquities have challenged the sale of many artefacts, often without providing evidence to show that they were stolen.

The minister, speaking at a seminar in Alexandria, said the majority of Egyptian artefacts abroad were legally exported before laws were introduced to ban exports or were legally sold.

Following the speech by al- Damaty, the chairman of the International Association of Dealers in Ancient Art (IADAA) called on Egypt to reintroduce licensed sales of minor artefacts as a way for Egypt to finance the protection of its archaeological sites. It was painted by Leonard John Fuller (1891-1973) and appears to show his own family snoozing in their drawing room after a Sunday lunch.

“The picture is an ideal addition to the Geffrye’s collection because it is such an evocative depiction of a familiar domestic scene,” the museum said.

The Geffrye specialises in the history of the home and features a series of period rooms as well as depictions of daily life from the past.

The painting, which was priced at a four-figure sum, was acquired with support from the Art Fund and the Arts Council England/Victoria & Albert Museum Purchase Grant Fund.

The gallery added that the painting definitely “captures the warmth and comfort of the hearth” so important in domestic history.

The quarterly London Photograph Fair will hold a special edition at King’s College London to coincide with Photo London.

The two-day event, running May 20-21, will host 25 dealers for what the organisers describe as a ‘boutique event’ for vintage photography.

The King’s College fair will run alongside the much larger Photo London (May 18-21) which takes place in the adjacent building, Somerset House, and includes some contemporary pieces.

Newburg said he hoped the special edition could become a regular event alongside the four one-day London Photography Fairs, which take place in the Bloomsbury Holiday Inn.

Moai kavakava, translated simply as ‘image with ribs’, are perhaps the best known of the wooden sculptures created by the (now extinct) Rapa Nui culture of Easter Island.

Nineteenth century examples survive in many important institutional collections – and at Sotheby’s New York in November 2008, a moai kavakava sold for $614,500 – but this 18in (45cm) figure was catalogued as a recent copy from the second half of the 20th century. It was part of the estate of Jan Krugier (1928-2008), the Polish-born Swiss dealer whose private collection of modern art was sold in New York by Christie’s in 2013 and Sotheby’s in 2014.

Despite the unambiguous cataloguing, there was clearly a belief among some who viewed it online that this richly patinated figure was more than just a tourist souvenir. It received 93 individual bids before it was knocked down at £95,000.

The buyer in Berkshire was from Australia.

Value My Stuff sold back to founder

The founder of Value My Stuff, Patrick van der Vorst, has bought back the online valuation firm after its parent company Auctionata entered administration (ATG No 2282).

According to the ‘statement of proposal’ issued by the administrator, a deal was reached to sell the assets of the UK company for £120,000.

The most clicked-on stories for week March 2-8 on antiquestradegazette.com

3 Auctionata closes down after failure to find buyer

The overall running total (including premium) from the back-to-back London auction series of Impressionist & Modern Art and Contemporary Art. A day sale was still to take place at the time of going to press.

The number of lots at Sotheby’s Contemporary art evening sale on March 8 that carried guarantees (underwritten either by the auctioneers or by third-parties) or were subject to ‘irrevocable bids’.