On any shortlist of iconic jewellery designers of the 20th century, few would disagree with the inclusion of brands such as Bulgari, Van Cleef & Arpels, Tiffany and Cartier. But what of the next tier of designers from the past 100 years and how affordable are they to collect? ATG asked Nicola Whittaker of Fellows' London office to pick five 20th century designers in the auction house's January 24 sale, from household names to rising stars. 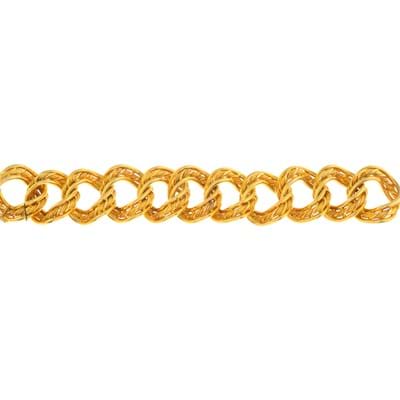 ATG: You have a busy jewellery and watches annual sale calendar. How do you differentiate your monthly Antique & Modern sales from the rest?
Nicola Whittaker: We call it the Antique & Modern Jewellery auction because we have a mix of items for different eras. We think that the auction caters to varied tastes and are aware that fine jewellery comes in different forms.

So, the person who is mad on the Lapponia ‘Space Apple’ pendant is unlikely to be looking for a buttery gold Victorian locket. However, you never know what someone might like and we try to make sure there is something for everyone in these auctions.

ATG: Design versus precious or semi-precious stone: which takes precedence when it comes to estimates?
NW: Well thought-out, striking design will always win out. We often see pieces that we think must be signed because of how well made they are. These pieces tend to exceed their estimates. However, we will have taken this into account with signed and named pieces when setting the estimates at the point of consignment.

A popular name such as Cartier or Tiffany will always add value to a piece and these names tend to hold their value slightly better than non-designer pieces.

Other designers tend to come in and out of fashion. For example, we’re seeing keen interest in 1970s designers such as Kutchinsky and Grima which has increased in the last couple of years.

Modern names such as Pomellato and Marina B (pieces available in the January 24 sale) are gaining a footing at auctions, a trend we’re sure will continue to grow.

See the gallery above for examples of five different designers in the January 24 sale and read about what makes them stand out here:

This 1970s silver acrylic 'Space Apple' pendant, designed as a stylised apple, with vari-hue acrylic abstract detail, is suspended from an integral fancy-link chain. Signed Lapponia, with a maker's mark for Björn Weckström, the piece has Finnish convention marks.

Weckström is a renowned Finnish sculptor and jewellery designer. This piece is instantly recognisable as Scandinavian in style, which is what Lapponia is known for. “The use of modern materials such as acrylic show at the sculptural element that Weckström is so lauded for,” says Whittaker. “The ‘Space Apple’ was highly influenced by the space race [of the time] and the excitement surrounding ground-breaking '70s design.”

Bearing a maker's mark for Theodor Fahrner (1859-1919), this pendant is designed as an oval-shape amethyst with marcasite openwork geometric panel. It is suspended from an integral fancy-link chain, with amethyst bead highlights and comes with similarly-designed earrings.

Fahrner was an eminent Jugendstil and Art Deco jewellery designer and manufacturer of the early 20th century. “Fahrner’s firm made affordable jewellery and as such, their popularity has continued,” Whittaker says. “While not made from precious materials, the amethyst and marcasite in this set is an impressive look which continues to be appreciated nearly a century after it was first made.”

This ring is by Jean Schlumberger (1907-87) for Tiffany. “Schlumberger worked for Tiffany from the later 1950s to the '70s,” Whittaker says. “His designs are some of the most recognisable of the Tiffany lines, and he is one of the small handful of people that Tiffany have allowed to sign their pieces.”

Designed as a green enamel foliate spray, with graduated cultured pearl buds, this brooch has a suspending rose-cut diamond and cultured pearl drop. With a maker's mark for A. Beaudouin, it is believed to be a Georges Le Turcq design.

“Le Turcq studied at the École des Arts Décoratifs in Paris before partnering with Julien Duval,” Whittaker says. “The pair are best known for incredibly detailed enamel butterfly and orchid jewellery. This brooch is beautifully enameled and is typical of this period in French jewellery design.”

Designed as a series of rope-twist curb-links, with similarly-designed clasp, the bracelet is 20.5cms long and weighs 203.9gms.

“While the Kutchinksy brand goes back to the late Victorian era, the name Kutchinksy is synonymous with the height of 1960s and 70s jewellery design in the UK,” Whittaker says. “A contemporary of big names such as Grima, Kutchinsky’s pieces are purposefully flamboyant. With these pieces, the textured gold and intricate designs are particularly desirable.”

This sale is available to view at thesaleroom.com and live bidding starts from 11am Thursday, January 24.