You have to feel some sympathy for the innovative designers Charles Linley and John Biggs. Having just perfected a classic bicycle using an ingenious method of shock absorbing for a solid-tyre bike, then the pneumatic tyre came along. 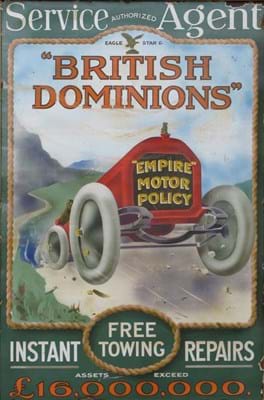 End of story for his Linley & Biggs ‘Whippet’ sprung-frame bicycle – until the present day, however, when the popularity of this design among collectors is reflected in the £22,000-27,000 estimate for one of them produced c.1888 which is coming up in a May 27 auction.

Peter Card, director of Transport Collector Auctions, says: “Embodying the pinnacle of solid-tyred safety bicycle design in an era before the commercialisation of the pneumatic tyre, the unique feature of the ‘Whippet’ bicycle was that the whole section of the frame carrying the handlebars, the saddle, and cranks was sprung as a single unit.

“It was popular with those that could afford an expensive bicycle at £21. However, interest in the machine quickly came to an end with the introduction of the pneumatic tyre. A design classic, with most examples now being an exhibit in design and engineering museums, there are only a handful of privately owned examples worldwide, and this is the first to be offered for a great many years.”

The extraordinary design really stands out.

“It is a bicycle that not only treats the eye to an agreeable visual, but the action of the springing motion of the frame pleases the senses both while in use, and when stationary,” adds Card, who holds his sales at the Dominic Winter saleroom in South Cerney, Gloucestershire.

He says the “incredible experience” of riding it has been described as “akin to hanging from a bungee cord”.

Linley and Briggs were based in Clerkenwell Road, London.

Grace’s Guide, a website dedicated to British industrial history, says: “This machine embodied the most practical and successful spring-frame ever designed, its great feature being that the relative positions of the saddle, pedals, and handlebar, did not vary, these three points being built up on a rigid triangle, separated from the main frame by a strong coil spring and a movable shackle in the steering mechanism. Thus it was impossible for road shocks, from either wheel, to reach the rider.”

Linley himself was realistic about progress. In a letter he wrote: “In 1888 the pneumatic tyre appeared, and I recognised that the death knell of the 'Whippet’ spring-frame had been sounded. The air tyre, by intercepting road shocks before they reached even the rim of the wheel, was a more efficient anti-vibrator device than any contrivance relying on springs in the frame of the cycle itself."

However, the shock-absorbing springs Linley & Biggs created and pneumatic tyres both combined to a boom in the popularity of cycling. And eleven years later Linley went on to patent one of the earliest ‘true’ derailleur gear systems. This Crypto FD No3 from the Crypto Cycle Co dating from c.1894 sold for a mid-estimate hammer price of £2000 on November 7 last year at the Dominic Winter sale in conjunction with Peter Card.

Card teamed up with the Dominic Winter auction house in 2015 to boost the transport-themed sales already in place. The first joint auction was in May that year.

These auctions reveal many unusual early bicycle designs, such as the Crypto FD No3 from the Crypto Cycle Co dating from c.1894 which sold for a mid-estimate hammer price of £2000 on November 7 last year.

This was actually a front-driving bicycle, harking back to the earliest bicycle days of the boneshaker.