A first edition of ‘Harry Potter and the Philosopher’s Stone’ reached a world record price of £35,000 at the Bonhams Fine Books and Manuscripts Sale last night. 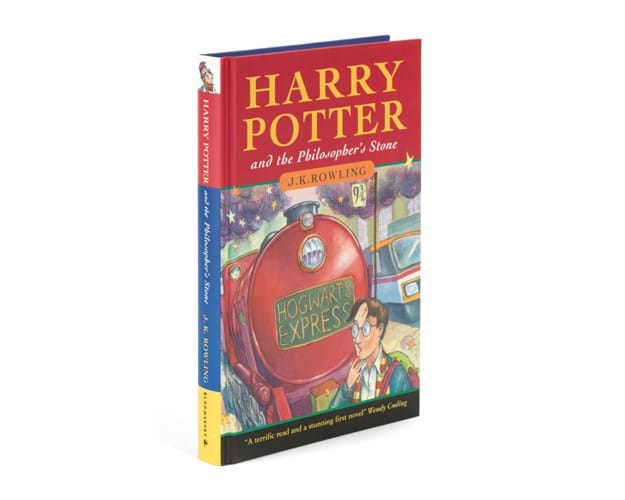 Harry Potter and the auction record: the first book in JK Rowling’s series took a world record hammer price of £35,000 at a Bonhams sale last night.

The copy, from an anonymous consignor, was knocked down for more than double the low estimate of £15,000-20,000. After bids from multiple parties, the volume went to a London businessman who bid on nothing else during the sale.

The much-anticipated sale of the 1997 book by J.K. Rowling had specialists predicting that it would surpass its estimate early on. The volume features the accidental repetition of “1 wand” in a list of school supplies, which Matthew Haley, Bonhams head of books and manuscripts, has described as a “treasured piece of Harry Potter arcana”.

“This was an exceptional price for a much-loved modern classic,” said books and manuscripts senior specialist Simon Roberts. “The book was in excellent condition which added to its appeal for collectors and I am not surprised that it attracted so much interest and such intense bidding.”

JK Rowling holds the record for a 21st century book sold at auction for her volume The Tales of Beedle the Bard, which took £1.95m at Sotheby’s in 2007.

Harry Potter was the second highest-selling lot at the Bonhams sale last night, with a 1486 copy of Ptolemaeus’ Cosmographia translated into Latin taking a hammer price of £105,000.