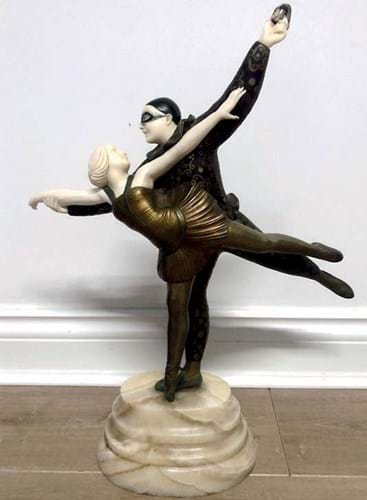 The group, similar to other 19in (48cm) tall pieces which make fairly rare appearances on European and American rostrums from time to time, was signed A Kelety.

Alexandre Kelety (1874-1940) was a celebrated Hungarian artist best known for his animal sculptures but, as evident here, he also tuned in to the world of Art Deco and is widely appreciated.

Estimated at £3000-4000 at the auction on February 6, the dancers sold for £5400 to an Austrian buyer who has been a valuable online client at the Tyneside rooms for many years.