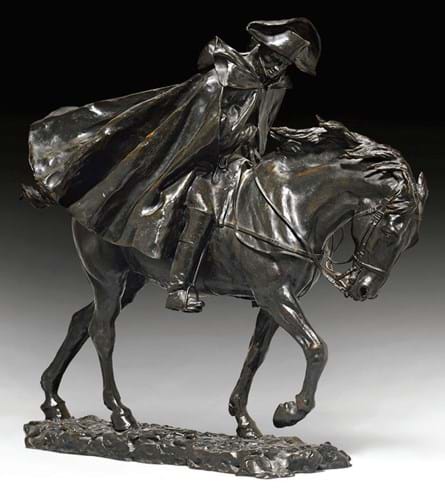 During his lifetime the artist was known only for his paintings and drawings, many of which showed historical scenes from the time of Louis XIV and XV, but he also painted several episodes from the life and military career of Napoleon I.

Only after his death were 20 sculptures discovered, among them the original model for Napoléon à cheval, also known as Le voyageur.

In 1895 the Parisian art dealer Georges Petit commissioned the founder Edmond- Gustave Siot-Decauville with a posthumous bronze edition of this figure.

Casket was born in Bethlehem