Tribal Art London, the annual UK fair, seeks to raise the profile of this market in the capital. 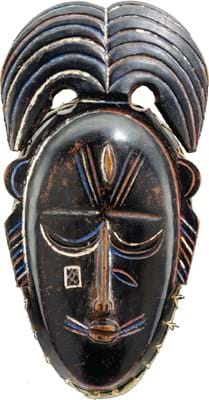 While London was once at the centre of the trade, Paris is now typically accepted as occupying the top spot. However, for the past decade, TAL, at the Mall Galleries in St James’s from September 6-9 this year, has been uniting dealers and collectors from Britain and beyond.

A record total of 23 international dealers will exhibit at this edition, among them Marcuson & Hall, Adam Prout Ethnographic Art, Frans Faber, Jereby Sabine and Ian Shaw, as well as first-time exhibitors Emmanuel Amelot and Mark Eglinton.

TAL precedes the major event of the tribal calendar, Parcours des Mondes in Paris (see our feature in next week’s issue), by just a few days, the latter fair brings together 60 dealers from September 12-17. The schedule often brings the larger fair’s exhibitors and collectors through the door on their way to France, though.

In the past, TAL has also counted Hawaii-based Oceanic art collector Mark Blackburn and Crispin Howarth, curator of Pacific art at the National Gallery of Australia, and David Attenborough among its visitors.

“Part of the goal with this fair is to raise awareness of the trade in London as well as to engage the younger generation,” says African art dealer David Malik, who will stand at TAL for the fourth time. He suggests that the market overall is in a good position thanks to the rise of mid-market online auctions, which allow for the growth of a wider, international collector base and more awareness of the market.

Mailk brings an assortment of central and west African pieces and notes that many buyers are currently interested in objects with “a strong social biography”, which is to say, pieces that have a record of previous exhibitions or publications.

As well as the objects it offers, the fair runs a programme of lectures and events. This year talks include Wylda Bayron speaking on body adornment in contemporary Papua New Guinea and Karen Jacobs on Tatau to Tattoo: Marking the Skin in the Pacific. Composer David Bradnum and sound designer Ben Young will stage an installation, inspired by their field work in Africa, titled Up/Down; Falling Water.

Paris may remain at the epicentre of that market at the moment. But now in its 10th year, TAL’s steady growth, from its beginnings in a small space off Portobello Road, to Cork Street, then to its current home in the Mall Galleries, goes some way to suggesting that interest in the London tribal scene is growing.

Tattoo man is pick of the poke Martin Poole, an expert in the technique of hand-poked tattoos, who will give a talk at ‘Tribal Art London’.

Among the events at Tribal Art London this year will be live demonstrations by Martin Poole, an expert in the technique of hand-poked tattoos. He will also give a talk titled Tattooing in Britain: Was it tribal, is it now, and could it ever be? It addresses the first contact between explorers and tattooed indigenous people as well as why hand-poking is making a slow comeback.