A dozen items deemed national treasures were bought by institutions between May 2018 and April 2020 with a value of £7.6m, according to the latest report. 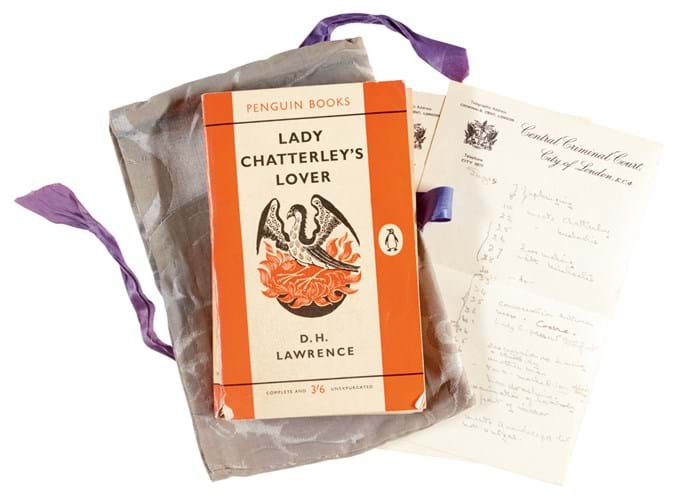 A copy of DH Lawrence’s infamous novel Lady Chatterley's Lover, used by the judge who presided over the 1960 obscenity trial.

The 15th annual report on the operation of the export controls on objects of cultural interest (as required by the Export Control Act 2002) was published this month covering a two-year period (due to the impact of the coronavirus pandemic).

Acquisitions by UK institutions include a pair of champagne standard lamps by Salvador Dalí and Edward James purchased by the Victoria and Albert Museum at £425,000 (plus VAT of £15,000), Walton Bridges by Joseph Mallord William Turner purchased for £3.48m by the Norfolk Museums Service, a double-manual harpsichord by Joseph Mahoon purchased for £85,560 by Gainsborough’s House and a flag and sledge from Ernest Shackleton’s Nimrod expedition to the Antarctic in 1909 which were acquired by the National Maritime Museum and the Scott Polar Research Institute for a total of £204,700.

Although 12 treasures were bought by institutions after export licences were not approved, 20 were not saved across the two years.

Over the two-year period, 2018-20, from 34 deferred cases in total, 12 items were acquired, 20 licences were (or will be) issued and two licences refused.

The items saved for the nation were:

Art, antiques and collectables that are deemed ‘cultural goods’, that are more than 50 years old and exceed a certain value, require an individual licence for export out of the UK. The government can delay and eventually refuse the granting of an export licence for items deemed of national importance under specified criteria known as the ‘Waverley’ criteria (based on history, aesthetics and scholarship).

If the item meets any of the criteria the export can be temporarily stopped and a licence denied to give UK museums and institutions the opportunity to acquire it via fundraising.

The sledge from Ernest Shackleton’s expedition that belonged to Eric Marshall. Along with the flag, the two pieces have been bought for £204,700 and will now go to two UK institutions.

The decision is taken on the advice of the Reviewing Committee on the Export of Works of Art and Objects of Cultural Interest (RCEWA).

Sir Nicholas Serota, chair of Arts Council England, said: “This report gives an insight into how vital the work of the Reviewing Committee in drawing attention is to works of art and objects of national significance that are threatened with export. I am delighted that 12 national treasures have been retained by UK institutions at a challenging time for fundraising.”

Among the 20 items not saved during the two year period were: ‘Two Boys with a Bladder’ by Joseph Wright of Derby was painted in Liverpool between 1768-70.

Sir Hayden Phillips, chairman of the RCEWA, said: “The support of funding bodies continues to be paramount in allowing these ‘national treasures’ to remain in public collections for current visitors and future generations to enjoy.”

Institute of Art and Law to update guidance on restitution cases