The launch of two annual New York fairs may have given TEFAF roots in another continent but the Maastricht fair remains the ‘mothership’ of the organisation. For most of the 270 dealers exhibiting, the event represents a crucial part of the financial year as they vie to attract collectors and institutions from across the world buy the best items they have to offer. The 30th edition of TEFAF Maastricht opens on March 10 (with an invitation-only preview on the day before) and runs until March 17. Here are 12 highlights from around the stands.

A full preview of TEFAF Maastricht, along with further stand highlights, appears in next week’s ATG print publication. London Old Master paintings dealer Rafael Valls is taking this portrait by Gebrand van den Eeckhout (1621-1674) to TEFAF Maastricht. Depicting his father, the artist  Jan Pietersz van den Eeckhout (1584-1652), the signed 2ft 9in x 2ft 3in (84 x 69cm) oil on canvas comes from a private Canadian collection. During cleaning, a number of details were revealed including the ledge in front of the subject and the green curtain en trompe l’oeil. It will have a six-figure asking price. 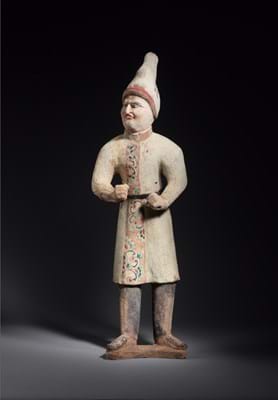 Among the fine selection of early Chinese and Japanese art that London dealer Ben Janssens will bring to TEFAF Maastricht is this Tang-dynasty pottery figure of a foreign groom with a pointed hat. Made in China during the 7th-8th century, the 2ft 2in (65cm) high figure is priced at €45,000. Offered at TEFAF Maastricht by New York dealer French & Company, this painting by Francesco Noletti (c.1611-1654) depicts a still life and a Ushak carpet from western Anatolia. Born in Valletta, Malta, Noletti is often referred to as ‘Il Maltese’ but he was active in Rome from 1640 until his death. The 3ft 2in x 4ft 5in oil on canvas is described as ‘a seductive image of pattern, color and cross-cultural exchange’ and is priced in the region of $2m. London silver specialists Koopman Rare Art will offer this George III silver vase and cover by Benjamin & James Smith (London, 1809) at TEFAF Maastricht priced at £95,000. Standing 21.5in (54cm) high and weighing 250oz, it was given to Brigadier General Samuel Auchmuty following the capture of Montevideo from Spanish forces during the Napoleonic Wars. It is recorded as one of the two £200 vases presented by the Lloyd's Patriotic Fund following the successful siege which concluded on February 3, 1807. Pieter Brueghel the Younger’s ‘Winter Landscape with Ice Skaters’ will appear on the stand of Paris gallery De Jonckheere at TEFAF Maastricht. The panel is signed to the bottom right corner and is available for a seven-figure sum. The De Jonckheere stand will feature works by Flemish masters from the 16th and 17th century, bringing together both religious and rural scenes. This Jardiniere by French sculptor and bronzier Eugène Cornu (d.1875) will be offered by London dealer H. Blairman & Sons at TEFAF Maastricht. Made in Paris in c.1865, it has been sourced from a private collection and is priced at £38,000. This 4ft x 6ft 3in (120 x 190cm) oil depicting the waterfall at Tivoli by Charles-Francois Grenier de Lacroix (c.1700-82) will be on the stand of London Old Master dealer Derek Johns. Relatively little is known about Lacroix de Marseille but he spent many years in Italy and in the 1740s was a pupil and perhaps an assistant of fellow French painter Joseph Vernet. Johns, a TEFAF veteran of more than 25 years, describes it as "a stunning large work by Lacroix de Marseille” and will price it at €425,000. This year he will share his stand with Matteo Salamon of Italian gallery Salamon & Co. 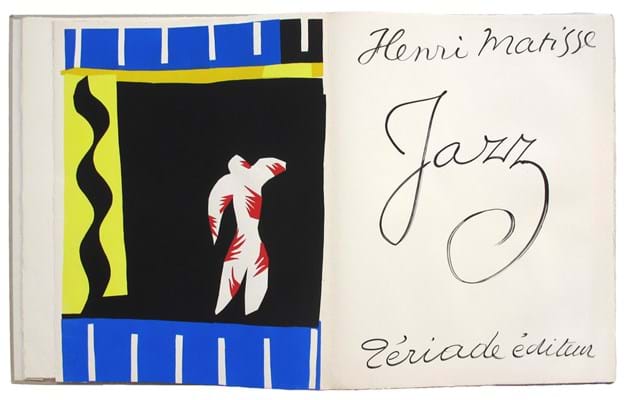 Among the books that London dealer Bernard Shapero is bringing to TEFAF Maastricht is this copy of Henri Matisse’s (1869-1954) Jazz. The complete book, with Matisse's autograph text lithographed throughout is housed in a full-leather box designed after one of Matisse's creations. It is from a private US collection and is being offered for £400,000. London jewellery dealers SJ Phillips, which has relocated to Bruton Street, will be bringing a variety of jewellery and vertu to TEFAF Maastricht including this gold, hardstone, enamel and diamond set clock modelled as a Bonsai tree and vase by Verger Frères. Dating from the late 1920s, the movement of the clock is by Vacheron & Constantin and it has an asking price of £600,000. Among the works that Barcelona antique dealer and art gallery Artur Ramon is taking to TEFAF Maastricht is this sketch of two figures surrounded by warriors by the 16th century artist Giovanni Castello (1509-1569), known as “il Bergamasco”. The 8 x 11in (20 x 28.5cm) drawing in brown ink on paper is priced in the region of €30,000. London dealer James Butterwick is bringing 22 paintings to TEFAF Maastricht this year which will form an exhibition on his stand that he has titled ‘From Utopia to Tragedy’. It features Ukranian and Russian art including this painting ‘In the Nightclub’ by Semen Zaltser (1898-1941). The 1929 watercolour on paper is available at the fair for €15,000. Among wide selection of works on paper that London dealer Stephen Ongpin will bring to TEFAF Maastricht is this watercolour ‘Two Apricots on a Branch’ by Pancrace Bessa (1772-1846). The artist is typical of the artist who is best remembered for his botanical illustrations. It is priced at £8,000.