Affordable art: Three works sold for under £1700 including a Sylvia Gosse street scene 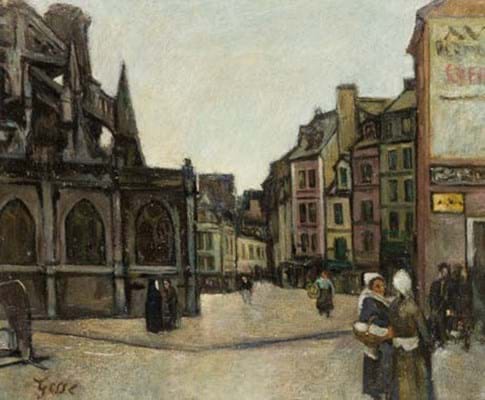 1. This unsigned 2ft 6in x 19in (75 x 49cm) oil on canvas depicts the late animal sculptor Sally Arnup. It was painted by her husband Mick Arnup (1923-2008) and sold with several other modestly priced portraits from the Arnup family at Duggleby Stephenson of York on September 25.

2. This 12½ x 9½ (32 x 24cm) watercolour of Rupe Tarpea in Rome by the English landscape artist and writer Ellis Cornelia Knight (1757-1837) sold at Roseberys on September 23 from the collection of John Abbott, the nephew of Roger Abbott, who with Eric Holder founded the London gallery Abbott & Holder. Knight met many prominent figures while painting in Italy including Lady Emma Hamilton and Lord Nelson.