There has long been a tradition of summer sales in Monaco, with an emphasis on the luxury goods area of the market: jewellery, watches, handbags and cars. Here are a few stand-out lots coming up. 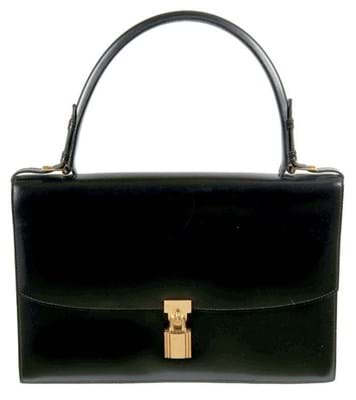 Artcurial’s traditional summer sale series takes place in the Principality from July 17-20 at the Hotel Hermitage in Monte Carlo.

The spread of goods ranges from big-name jewels and vintage handbags to fountain pens by famous brands. The series starts with mens’ wristwatches on July 17. Kicking off is a selection of antique and contemporary pieces by famous marques such as Rolex and Breguet (ladies’ watches follow the next day in a sale titled Le Temps est Feminin).

Three sessions of jewellery will be offered from July 18-19, to include pieces by famous French Haute Joaillerie names like Cartier, Boucheron, Van Cleef & Arpels, as well as an emerald and diamond necklace by American Harry Winston estimated at €800,000-1m.

July 20 will start with the auction house’s Hermès summer collection sale featuring not only the famous Birkin and Kelly models but also less familiar names such as Munn or Piano. Dates range from the 1960s to contemporary examples.

Rounding off the series is a new category sale devoted to Collectors’ Pens featuring many of the most famous fountain pen brands: Montblanc, Dunhill Namiki and Cartier again, mixing vintage and contemporary models. Antiquorum is also decamping to the Principality with a two-day sale devoted to wristwatches, jewellery and modern art held in conjunction with Monaco Legend Group at its Monte Carlo gallery on July 17-18.

The emphasis here is on the modern end of the luxury market with many big-name marques, but there are also some antique pieces such as a 1920s lapel watch by Cartier. The hardstone jade and onyx and diamond bar suspends a pendant watch by the European Watch and Clock Company. The watch dial is signed Cartier and also stamped Edmond Jaeger. The estimate is €40,000-60,000.

Also included is an early Louis Cartier piece: an 1890s bracelet in yellow gold, silver and enamel set with rose-cut diamonds and sapphires including a large central cushion shaped stone. Stamped LC, it is guided at €17,000-25,000.

The firm is following this on July 19 with a sale devoted to Rolex Daytona wristwatches and Porsche cars. The auction is timed to celebrate the 55th anniversaries of the creation of the Porsche 911 and the Rolex Daytona. Sales will be devoted to jewellery (four sessions from July 16-17); collectors’ watches on July 16; handbags and couturier jewellery on July 19 and a selection of modern paintings and sculpture, design and photographs on July 22.

Ringing the changes here is a 271-lot auction devoted to Russian art on July 18 that takes in everything from icons, objets de luxe in silver and enamel work and a small group of jewelled tie pins to paintings and works on paper including Ballet Russes costume designs.

A rare chased silver table cigar lighter in the form of a baboon is part of a 15-lot collection of Fabergé works of art assembled by a European collector. The 4in (10.5cm) high model, with silver gilt interior, has the mark of workmaster Julius Rappoport and has an estimate of €15,000-20,000.