Dealers and auctioneers in the US and UK are mobilising in the hope of removing works of art from the thousands of items caught up in the escalating US-China trade war. 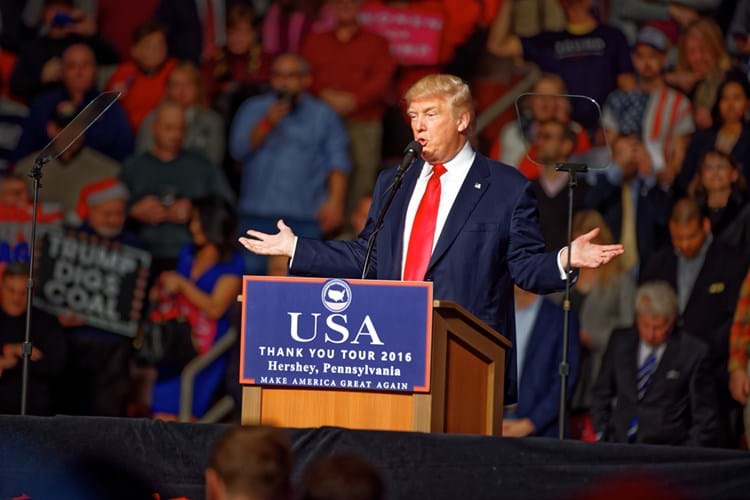 US President Donald Trump’s proposed 25% import duty on Chinese goods could include Chinese works of art entering the US. Image by Michael Vadon via Wikimedia Commons.

Chinese works of all periods entering the US could be subject to President Donald Trump’s proposed 25% import duty on Chinese goods.

ATG has learned that Christie’s, leading Chinese art dealers in the US and UK and organisations including the British Antiques Dealers’ Association are arguing against the proposal through a formal consultation process.

A submission by global trade body CINOA has been prepared by BADA secretary general Mark Dodgson.

Written submissions close on September 5, with trade bodies and experts planning to attend hearings on August 20-23 in Washington, DC, where industries affected by the proposals can present their arguments.

Specialist dealers say the tariff – which customs experts say will apply regardless of the port of origin – is misguided and detrimental to cultural exchange. London dealer Stuart Marchant called it “a potential disaster for the business” (see page 4).

Works of art that would be taxed include paintings, drawings, pastels, prints and lithographs, original sculptures, as well as “antiques of an age exceeding 100 years”, according to a document i s sued by the Trump administration.

For half a century, works of art have been imported to the US duty-free – a policy that has helped it become the world’s largest art market, accounting for 42% of global sales in 2017 according the latest The Art Market report from Art Basel and UBS.

Dealers and auctioneers have told ATG that imposing tariffs on Chinese art is an “illogical” move more likely to hurt art businesses and collectors based in the US and Europe than China.

Any suggestion of a ‘tit for tat’ tariff is unlikely. China has reduced taxes on artistic imports to encourage the flow of works into the country while making it difficult for anything pre-1949 to leave the country.

New York-based Chinese works of art dealer James Lally described the proposed tariff as “self-defeating”, as erecting barriers to the transfer of Chinese art into the US would work in the Chinese government’s favour.

Sotheby’s has played down the impact of the threatened tariff. CEO Tad Smith told analysts last week that Chinese works imported from China to the US for sale represented 0.1% of total worldwise sales by value since 2016.

Q: Would the tariff apply just to Chinese art coming from mainland China and Hong Kong?

“No. The US government is looking at country of origin [of the goods themselves] and not country of export,” says Michael Cohen, chairman of BADA. Q: What effect would a 25% levy have on the US market?

“The proposals are a lose-lose for America,” says London dealer Stuart Marchant. The US market for Chinese works of art would move to Europe and other duty-free selling centres, while critically weakening the purchasing power of US collectors and museums when buying abroad, Marchant believes. “They are shooting themselves in the foot,” he adds. Q: What argument is likely to persuade the Trump administration not to tax imports of Chinese works?

“That this kind of restriction would please the Chinese government, which has long wanted a monopoly on selling its own art,” says New York-based Chinese works of art dealer James Lally. Q: Can people in the UK take part in the consultation?

“Absolutely,” says Lally. “It is important that expert testimony is represented and there are people in the UK who understand the art market better than anyone else in the world.”