THE 10 lots illustrated and described here, most of them but not all from sales held at or towards the year’s end, are linked by their bindings, all of which will have influenced the final selling price. 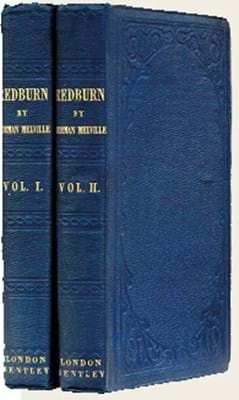 They range in date from the late 15th to the mid-20th century, from blind stamped or elaborately tooled leather bindings to unusual wallet forms, simple boards and coloured paper wrappers, but each in its own way is something exceptional.

1. Moses holds the tablets of the law in a fore-edge painting on a 1481, Koberger of Nuremburg edition of Henricus de Herpf’s Speculum aureum decem praeceptorum offered at Christie’s on December 1.

An abbreviated version of the title rather brutally overlays the image, but this book from the famous Pillone library, which boasted numerous volumes decorated to their fore-edges by Cesare Vecello, a cousin and pupil of Titian, made £30,000. The binding itself is of blind-stamped goatskin or calf.

The Federalist Papers, a collection of 85 essays in favour of new constitution written by Alexander Hamilton, James Madison and John Jay and published in 1788, is described in Printing and the Mind of Man as “one of the new nation’s most important contributions to the theory of government”.

Copies in the original boards are of the utmost rarity and the two-volume example pictured left is also one of only three entirely unsophisticated examples offered at auction in the last 35 years.

In 2015 another set in original boards made $260,000 in the same rooms, but back in 1990, George Washington’s copy, in a special presentation binding, sold for $1.3m at Sotheby’s New York as part of the great Bradley Martin library.

3. Beautifully bound in dark olive morocco gilt by the Club Bindery in 1901 and finished by Leon Mallard with coloured morocco onlays, pointille decoration, as well as florally decorated doublures, this 1813 first of Shelley’s Queen Mab sold for a record £17,000 at Sotheby’s on December 13.

4. A superb, bright copy of the 1849, first edition of Herman Melville’s Redburn…, a fictional narrative that is based loosely on the author’s own first experience of going to sea.

It was part of a group of 96 lots featuring American fiction from the collections of Mrs J Insley Blair, whose impressive English literature library was sold by Sotheby’s New York in 2004.

5. The Lectura super Codicem of Cinusa de Pistorio (aka Guttone Sinibaldi), a jurist, poet and friend of Dante, is a commentary on civil law.

A copy offered at Christie’s on December 1 was not only the first example of the 1475 Strasburg first edition recorded at auction but also one in a remarkable contemporary walletstyle wrapper binding of blindstamped pigskin. It sold for a double-estimate £28,000.

Once part of the celebrated bindings collection of Major JR Abbey, it brought a bid of £34,000 at Christie’s on December 1. The works it preserves are both dated to 1478 – a supplement to Nicolaus de Ausmo’s Summae Pisanelle and the Canones penitentiales of Astesanus of Asti.

* The word mudéjar refers to the Moorish peoples who remained in Spain following the Christian reconquest.

7. A page from the very rare and profusely woodcut illustrated, first printed edition of a famous collection of 13th century German epic poet, the Heldenbuch, that made £560,000 in a December 1 sale at Christie’s was featured in ATG No 2272.

Seen here is its fine contemporary binding of that edition of c.1479 produced by Johann Prüss of Strasburg. Probably Westphalian, it is one of blind-stamped calf over wooden boards, since rebacked to preserve most of the original backstrip.

8. The volume with the words ‘Petit Pois’ stencilled on an inner board is one of two lots included in this selection that have finally found a way from my older files onto the page – a copy of Aurora Australis that sold at Sotheby’s last April for £60,000.

One of, at most, 100 copies of the first book printed in Antarctica, this astonishingly accomplished work of 1908-09 was edited by the National Antarctic Expedition leader, Ernest Shackleton, illustrated by George Marston, and printed at the ‘Sign of the Penguins’ by Ernest Joyce and Frank Wild.

The bindings were made by Bernard Day from boards removed from packing crates used to hold expedition provisions, backed with leather from horse harnesses.

Only one copy has made more, that in the Franklin Brooke-Hitching library, which in 2015 sold at Sotheby’s for £98,000.

9. One of 170 copies of the 1926, ‘Cranwell’ edition of TE Lawrence’s Seven Pillars of Wisdom that were signed off as ‘Complete’.

It is in a goatskin binding by Sangorski & Sutcliffe, but knife marks from the thinning process are clearly visible on the back board and there is a suggestion that this copy was not bound from the sort of highly finished skins that emerged from European tanneries.

It may have been bound using rougher, native tanned goatskin from north Africa supplied by Lawrence himself. In a Sotheby’s sale of July 12 it sold at £50,000.

10. The binding of this copy of James Joyce’s Ulysses is about as simple as it gets, a wrapper in ‘Greek flag’ blue printed with just the title and author’s name.

But it is one of just 100 copies of the 1922 Paris edition printed on Dutch handmade paper, the first to be printed and those that were signed and numbered (here, 11) on the the limitation page. Uncut, unopened and generally a very fine example, it sold for $180,000 (£141,730) at Christie’s New York on December 14.