Chancellor Rishi Sunak has announced a series of measures to try to return the economy to stronger growth during and after the coronavirus pandemic in the UK. 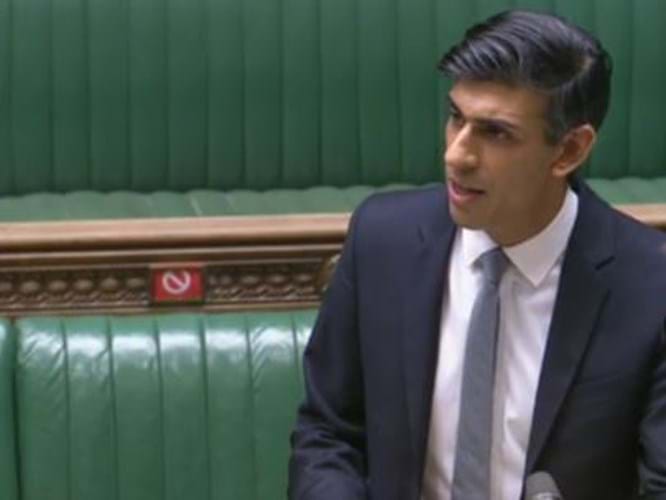 Chancellor Rishi Sunak announced a series of measures in his Spring 2021 budget in the House of Commons.

Among the updates was a new re-start grant for non-essential retail. Those reopening their shops (including art and antiques centres and galleries) will receive grants of up to £6000 per premises. He said this was £5bn of new grants on top of the £20bn already provided. Loans will also be available for businesses.

Sunak said the business rates holiday will continue until the end of June and then rates will be discounted by two thirds.

Help for the arts, culture and sports came in the shape of £700m package to help these sectors reopen.

This included an additional £300m to support theatres, museums and other cultural organisations in England through the Culture Recovery Fund.

There was also an update on Freeports in England to create "special economic zones with different rules to make it easier and cheaper to do business" according to HM Treasury. It has designated eight English ports which will receive tax breaks to allow goods to be imported temporarily without tariffs, excise duties and other taxes being paid – before the goods are shipped on again.

Scotland, Wales and Northern Ireland will set their own freeport policies.

Among the other announcements was an update to the furlough support scheme. It will be extended until the end of September, with employers asked to contribute to workers' salaries from July.

From then, employers will be expected to contribute 10%, increasing to 20% in August and September, as the economy reopens. Employees will continue to receive 80% of their salary for hours not worked until the scheme ends.

The furlough scheme has protected more than 11 million jobs since last March and had been due to close at the end of April.

Sunak also said self-employment support will continue with a fifth grant from May. People whose turnover has fallen 30% or more will get the full 80% of turnover grant, but those not as badly effected will get less.

He said those who were newly self-employed who have filed a tax return this year will now be able to claim the grants, which means around 600,000 more self-employed people will now qualify.

The government will have spent £33bn supporting the self-employed during the crisis, he added. Chancellor Rishi Sunak announced a series of measures in his Spring 2021 budget in the House of Commons.

Unemployment is at a five-year high with four million workers are on furlough.

The government has borrowed £270bn during the coronavirus pandemic in the UK.

Sunak said: “The damage the coronavirus has done to the  economy has been acute. More than 700,000 have lost jobs.”

He said the economy has fallen by 10%, the largest fall in 300 years, and the government had the largest borrowing outside of wartime.

The Office for Budget Responsibility expects the economy to recover in the middle of 2022.

Read more about the Budget on the government website.