The number of archaeological objects unearthed by the British public since the start of The British Museum’s Portable Antiquities Scheme (PAS) has reached 1.5 million items. According to the museum, the item that has been recorded as its 1.5 millionth find is a medieval lead papal bulla (a seal for authorising papal documents, such as edicts and indulgencies) of Pope Innocent IV (r.1243-54), that was found in Shropshire.

The items found by the public range from coin hoards to single items such as brooches.

The oldest items include prehistoric-worked flint from 700,000 years ago and the youngest include 20th-century military badges.

The museum said the ‘front line’ of the scheme in England is its network of 40 Finds Liaison Officers (FLOs) who are archaeologists trained to identify and record finds. They are all locally based covering the whole country, employed within museums and other heritage organisations, but overseen by the British Museum. The Ringlemere Cup is a Bronze Age vessel found in the Ringlemere barrow in Kent in 2001. © The Trustees of the British Museum.

During the lockdown due to coronavirus metal-detecting and archaeology was predominantly prohibited so officers worked on the backlog of finds.

Michael Lewis, head of PAS and Treasure at the British Museum, said: “There is no doubt that these finds have transformed our understanding of the history and archaeology of England and Wales, and that of Britain more generally. Some of these items are spectacular and are finds of a lifetime. But even the smallest and most modest items offer clues about our history, so we encourage everyone who makes a find to continue to come forward.”

Hartwig Fischer, director of the British Museum, said “1.5 million finds is an historic milestone for the Portable Antiquities Scheme, and the British Museum wishes to thank everyone who has voluntarily come forward to record their discoveries so we can all learn more about our shared past. A collection known as The Vale of York Hoard (or Harrogate Hoard). The group is a 10th-century Viking hoard of 617 silver coins and 65 other items. It was found in 2007 near the town of Harrogate in North Yorkshire. © The Trustees of the British Museum

The Treasure Act came into law in 1996 and The British Museum’s Portable Antiquities Scheme (PAS)(delete) PAS was set up in 1997 so that archaeological objects found by the public can be voluntarily recorded.

Unless an object is defined as Treasure (under the Treasure Act), finders have no legal obligation to report them, but have been doing so voluntarily. The PAS scheme was extended in 2003 across the whole of England and Wales (thanks to a Heritage Lottery Fund grant). 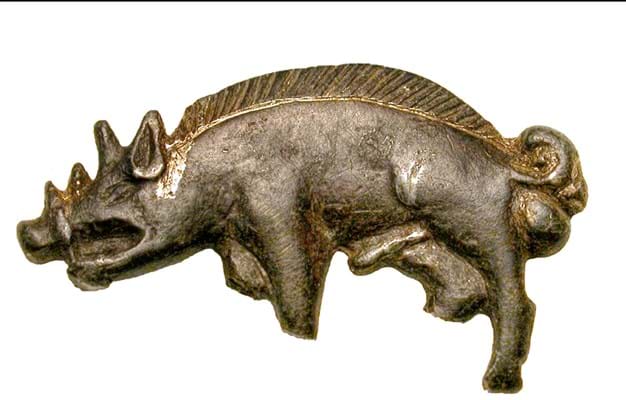 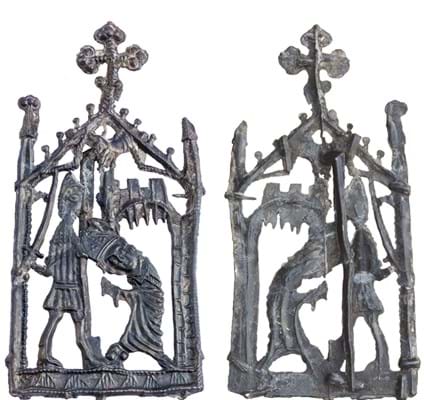 The vast majority of these archaeological items have been discovered by metal detectorists and there has been a surge in the number of amateur treasure hunters using metal-detectors in recent years.