The most popular stories on this website over the last week included news of a Chinese blue and white vase with Ming style decoration making over 10 times estimate, as well as Christie’s decision to raise its buyer’s premium.

The potential for vendors, and auctioneers, to strike it rich in the field of Chinese works of art is alive and well. Christie’s has raised its buyer’s premium, increasing the level at which its 25% threshold applies and adding an extra percentage point to its charges above £3m. Christie’s has adjusted the level of the fee it charges successful buyers at auction.

3) Movers and shakers: the latest hires in the auction world

New joiners and promotions across the auction industry including at Lyon & Turnbull, Chiswick Auctions and Christie’s.

The well-known works of art dealer Peter Petrou offered 150 lots from his eclectic collection at Christie’s in a dedicated sale called Tales of the Unexpected. 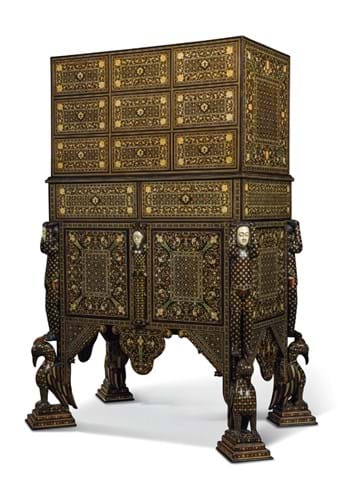 With estimates from £100-3000, here are five previews from upcoming sales. This list is based on unique users for individual news stories over the period January 31-February 6, 2019.