Jane Austen's House Museum in Hampshire has launched an appeal to raise the remaining funds needed to buy a fragment of a letter written by the great novelist in 1814. Part of the letter from Jane Austen to Anna Austen, dated November 29, 1814, that Jane Austen's House Museum in Hampshire is hoping to acquire.

London dealer Maggs is selling the rare manuscript on behalf of its private owner for £35,000 and the museum has been able to raise a proportion of the necessary funds, including £9000 drawn from the grant awarded to the museum in 2015 by the National Lottery Heritage Fund. However, a final £10,000 remained outstanding with only six weeks to go until the window to purchase it would close.

Written in the writer’s own hand in November 1814 during a visit to London where she was staying at her brother Henry’s home, the letter was described by the museum as a “precious piece of Austen history”. At the time the writer lived at the cottage in Chawton where the museum is now located.

Dated November 29, 1814, it was addressed to Anna Austen, her much-loved niece, and mentions the Chawton home (now the museum). Part of the letter from Jane Austen to Anna Austen, dated November 29, 1814, that Jane Austen's House Museum in Hampshire is hoping to acquire.

It provides glimpses into family details – “I like first Cousins to be first Cousins, & interested about each other. They are but one remove from Br. & Sr.” – which appears reminiscent to a passage in her novel Mansfield Park.

The letter ends with the mention of a trip to the theatre and a typically Austenian quip: “I took two Pocket handkerchiefs, but had very little occasion for either.” 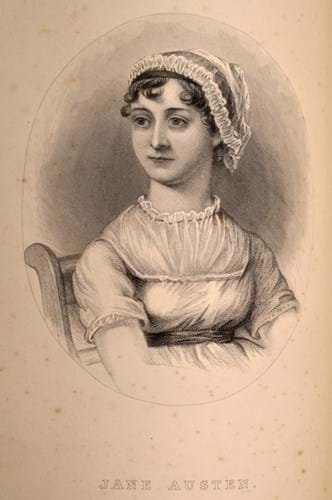 A woodcut of Jane Austen dating from 1870.

Director of the museum Dr Mary Guyatt said: “Thanks to the support of funders including the National Lottery Heritage Fund, we are well on our way to seeing this important item safe and secure in Jane Austen’s own home. We are now calling on the museum’s loyal supporters to take us over the finish line.”

A fundraising event is taking place at Maggs on July 23 where a page of the letter will be on display and Jane Austen scholar Professor Kathryn Sutherland will deliver a talk.

Supporters can donate via the museum’s dedicated Just Giving page until July 31.