Celtic legend Tommy Gemmell’s boots from the 1967 European Cup final are going under the hammer at a Glasgow auction house on July 19. 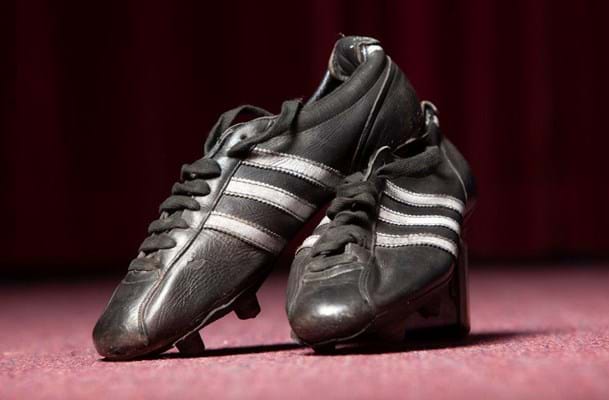 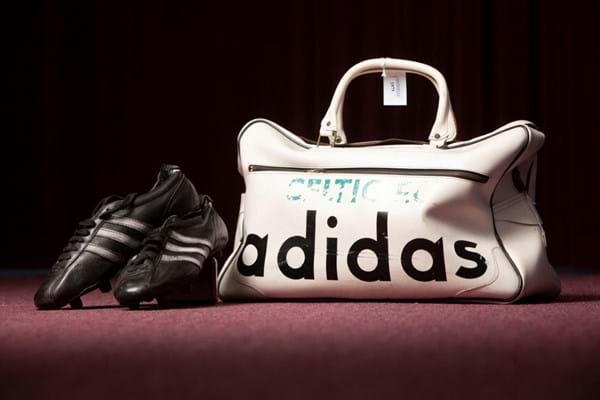 A year before Manchester United became the first English side to lift the trophy, the Lisbon Lions were the first British club to win the cup, beating Inter Milan 2-1 in the final held in the Portuguese capital.

Gemmell scored the equaliser in the match and now the boots he wore are estimated at £7000-10,000 in McTear’s Sporting Medals & Trophies Auction.

The auction house says the Adidas boots are being sold by an anonymous Glasgow businessman, whose father was friends with both Gemmell and fellow Lisbon Lion Bertie Auld. The seller’s dad was with Gemmell after a training match in 1967 and asked jokingly if he could have a “token from Tam”.  Gemmell tossed him his worn-out boots and said “I wore these in Lisbon, tell the wee fella to look after them”.

Marked ‘TG’ on the inside, the footwear has taken pride of place in the Scottish Football Museum at Hampden Park over the past nine years.

As well as Gemmell’s boots, the auction will feature a number of other important Celtic items. Auld’s Adidas holdall from the 1967 European Cup final is guided at £1000-2000. 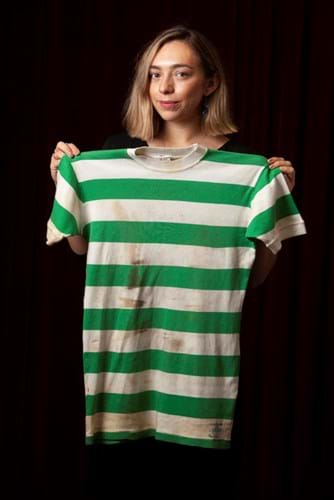 Meanwhile, Jimmy ‘Jinky’ Johnstone’s match-worn jersey from Celtic’s now infamous game against Racing Club in the 1967 Intercontinental Cup has been estimated at £3000-5000.

The Lisbon Lions faced the Buenos Aires club in the contest which pitted the European champions against the South American equivalent. The two legs were drawn and a play-off organised in Uruguay was so brutal that it was dubbed the Battle of Montevideo, with six players sent off.