Furniture and decorative arts dealer Joel Chen has been in the antiques business for 40 years. He started out with a $6000 loan but, after branching out from his initial focus on Chinese works of art, he expanded to a point where he now runs a 30,000 sq ft showroom in Los Angeles, offering everything from archaic bronzes to contemporary lighting.

Chen, who grew up in colonial Hong Kong but was educated in the UK, has now consigned a selection of items from his vast holdings to Christie’s. They will be offered as 300 lots in an online sale running from 7-14 February and a live sale in New York on February 13.

Estimates range from under $1000 to $70,000 with the online sale divided into sections by category such as chairs, lighting, tables, fine art and decorative objects. An 18th century Tibeto-Chinese gilt-copper repoussé figure of a seated lama. Measuring almost 18in (45cm) high, it is estimated at $20,000-30,000 at Christie’s JF Chen sale next month. Image courtesy of Christie’s.

“I just stumbled into it,” he says in the Christie’s video (above) where he describes how he first came into the antiques trade.

It was while attending college in Los Angeles where his interest in furniture and antiques was ignited before he later transformed a little shop on Melrose Avenue into an important stop for the Los Angeles design trade. Indeed, Chen’s showroom has been something of a destination for Hollywood filmmakers and set decorators seeking pieces for their productions.

“There is no unity in my acquisitions,” he says when speaking about his collecting.“I just go around and see what I like.

“Collecting nowadays is very different from past years… it’s very hard to get good deals, but you can get fair deals.” 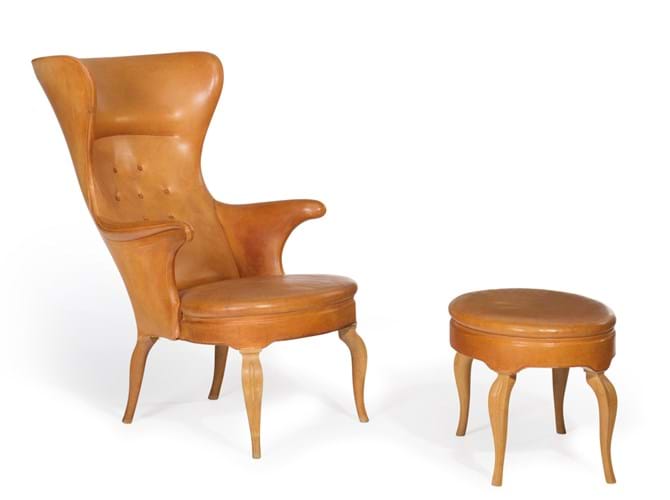