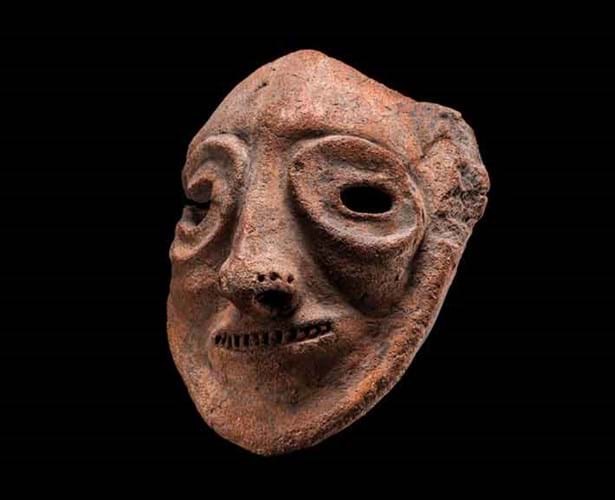 There were strong sales early in the ‘Parcours’ for New York dealer Bruce Frank, who had devoted his entire display to a rare group of ancient terracotta masks from New Guinea from the Marcia and John Friede collection, one of which is one shown here.

Over 80 French and international tribal and Asian art dealers opened the doors of their own or hired galleries to welcome enthusiasts from round the world to view and buy.

This event has grown in size and status over its 14-year existence. Swelling the numbers this year was the addition of over 20 Asian art exhibitors.

Asked whether the Parcours had reached optimum size, the event's director Pierre Moos said, yes, "otherwise it's a marathon". Even though it is quite concentrated, the Parcours has to be within "a short walking distance".

Would he like to have a separate Asian trail, as in London and New York, or would he prefer a tribal and Asian mix? "My preference would be a mixture," he said. "I'm convinced that people who love art, love any kind of art."

He said that a decision had to be taken on whether to go on with a mix or change and do a separate Asian event in future, perhaps around the Asian auctions, in another location. It was impossible to rent galleries in June, he said, and he was reluctant to go to a closed area (instead of a parcours format).

"I'm for mixing if it can be arranged,"  he added.