THANKS to a clever bit of detective work by one of its curators, the Bowes Museum in Barnard Castle has been able to reunite a porcelain cup and saucer that have separated for over 200 years. 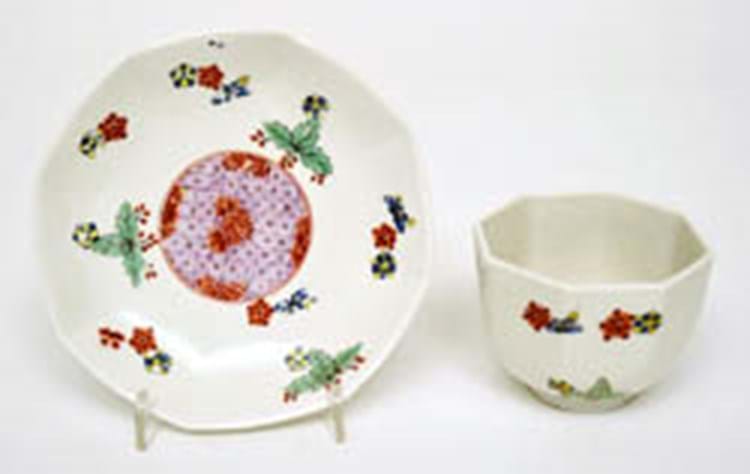 Reunited after 200 years or more, the cup, right, was spotted on sale at Bonhams by Bowes Museum curator Howard Coutts. A £4000 bid saw it reunited with the saucer, which was already in the museum’s collection.

The museum, which is acknowledged as having the most important collection of Continental ceramics in the North of England, has a very fine collection of Meissen. Among the pieces is a Meissen saucer c.1730 from the collection of the royal 'Japanese' palace in Dresden.

Howard Coutts, the museum's Curator of Ceramics, who was aware that the inventory number No.351.w was scratched on the base of the saucer, spotted a cup of the same design, decoration and number for sale at Bonhams in London on July 6.

A successful bid of £4000, funded with the support of the MLA/V&A Purchase Grant Fund and the Friends of The Bowes Museum, means that the museum has now been able to put the two back together.

"The inventory of the palace lists four cups and three saucers of this pattern and number as being on the shelf in the gallery in 1770," said Dr Coutts. "The cups are slightly larger than average, being described as 'coffee cups', a fact that would not be obvious to us now."

The contents of the gallery were dispersed about ten years later.