ENGLISH Heritage successfully bid £11,500 for a portfolio of 47 photographs of the exterior and interior of the Crystal Palace in a Dominic Winter sale of August 25. 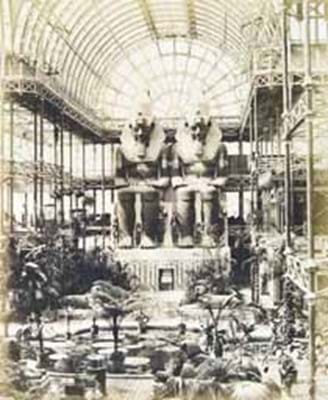 Dating to the late 1850s or early 1860s, these albumen prints, showing some fading but generally clear, are the work of Philip Henry Delamotte, who is known to have produced and sold such collections of varying sizes. None are dated, but one image is titled in a contents list as Views of Fountains from Terrace. Visit of 45,000 Foresters, which almost certainly refers to a huge convention of foresters held there in 1862.

Illustrated bottom right is one of the Twenty-Five Views on the Thames, at Richmond, Eton, Windsor & Oxford of 1822, coloured lithos by Hullmandel after William Westall - stitched as issued in their original wrappers and showing some spotting and staining, mostly to the margins - that sold for £2400 (Shapero) at the sale on July 21 in Swindon. (Two further parts were issued in the following year).