A round-up of art and antiques news from the previous seven days, including a grant from TEFAF Museum Restoration Fund to restore a van Gogh oil painting. Poplars near Nuenen by Vincent van Gogh in the restoration studios at Depot Boijmans Van Beuningen.

The Museum Boijmans Van Beuningen in Rotterdam is the recipient of the latest TEFAF Museum Restoration Fund of €25,000.

The funds will be used to restore Populierenlaan bij Nuenen (Poplars near Nuenen), 1885, an oil on canvas by Vincent van Gogh. To celebrate the 10-year anniversary of the fund, the picture will be shown, prerestoration, at TEFAF Maastricht. Later in the summer, the restoration project will start.

The grant programme, managed by a committee of independent experts, usually selects two winners to receive €25,000 each for their restoration projects. Earlier this year The Museum of Fine Arts, Houston, received €25,000 to conserve a Hebrew illuminated prayer book. 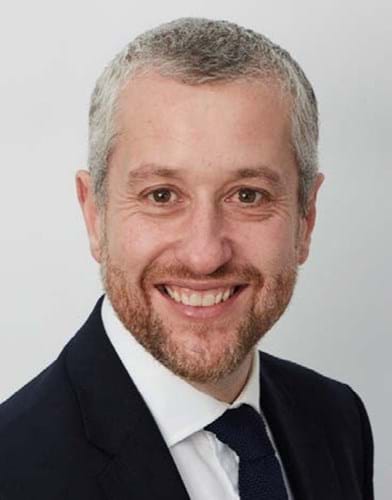 Auction house Lyon & Turnbull has appointed Mark Holdaway to the newly created post of head of business development in London.

He joins from Roseberys where he was covering for joint managing director Vicki Wonfor on her maternity leave. Wonfor has now returned to the south London auction house.

Holdaway has 16 years’ experience in the art and antiques sector having joined Auction Technology Group (parent company of Antiques Trade Gazette and thesaleroom.com), in 2004. He is also a sales and marketing consultant on a part-time basis at auction management software firm Artisio.

L&T managing director Gavin Strang said: “Mark is hugely experienced in building and looking after client relationships, new business generation and is an industry expert in global online auction marketplaces and software technology. He is very personable and will make a great addition to our growing London team.” Michael Roberts of Duke’s of Dorchester.

Duke’s of Dorchester has appointed Michael Roberts as senior valuer and auctioneer. He has relocated from the Lake District where he spent seven years – most recently as head of fine art and furniture at Mitchells of Cockermouth.

Prior to that he worked in the fine art department of Cumbrian firm Penrith Farmers’ & Kidd (before it closed that operation in 2020). He was previously a director at The Canterbury Auction Galleries where he worked for 10 years.

Chan appointed as Bonhams US boss Lilly Chan is now MD of Bonhams US.

Lilly Chan is the new managing director at Bonhams US. She will work closely with Leslie Wright, chairman of Bonhams North America, to build on the company’s recent expansion.

Based in New York, Chan has worked across the worlds of luxury, financial services, retail markets and auction houses. She was most recently an adviser to start-up businesses and entrepreneurs. Previously she worked as global managing director for the worldwide Asian art department at Christie’s in Hong Kong and was also managing director of Asia for Phillips, also in Hong Kong. A dealer is hoping to trace two stolen horse sculptures. The pair of 7in (18cm) high 19th century bronze Marley horses on grey marble bases were taken on April 14 from Michael Allcroft Antiques’ warehouse near Stockport.

Anyone with information should contact Cheshire Police by calling 101 quoting crime reference number is 1800491 or contact Crimestoppers anonymously on 0800 555 111.

The most viewed stories for week April 14-20 on antiquestradegazette.com

1 Back in focus: historical photographs and photographica in the spotlight at fairs

2 Antiques Roadshow returns this summer to a location near