Assembled by one Elizabeth Snaith in the Victorian period, the rings relate to family, friends and business partners, many of them members of the Anglican-Orthodox community and the wider Oxford movement.

Meanwhile, a single-owner collector of early rings that comes for sale at Lawrences of Crewkerne on October 14 includes many mourning and memonto mori pieces. A selection of half a dozen rings appears below. 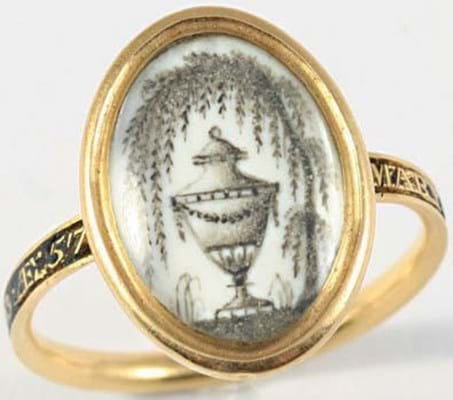 Grima and Roux cook up a unique recipe