Peterborough antiques festival in demand with buyers and sellers

Ticket requests are up as the East of England Showground prepares for the biannual antiques festival. 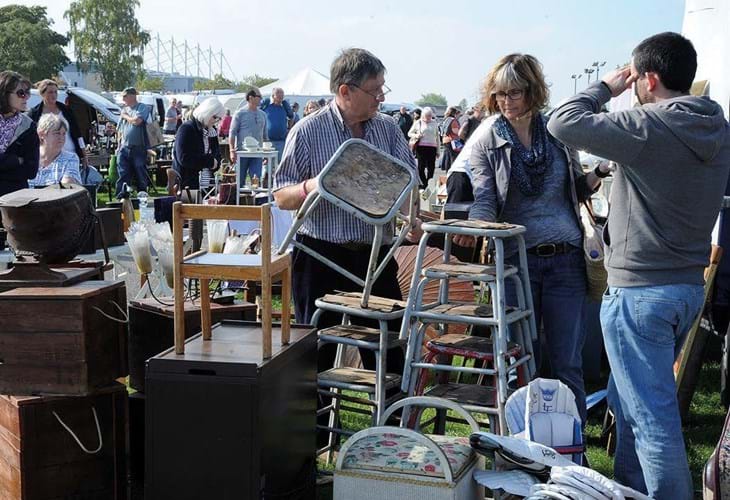 The Peterborough Festival of Antiques runs at the East of England Showground from October 1-2.

“We have sold 10% more online tickets for the autumn Peterborough Festival of Antiques than this time last year.” says IACF’s Eve Oliver.

This biannual event at the East of England Showground, held next month on Friday October 1 and Saturday October 2, is a big draw to both dealers and buyers, particularly the trade.

At this autumn’s event IACF is likely to pick up stallholders who had booked for the organiser’s fair in October at Alexandra Palace, now cancelled.

These will include Newark-based Kev Kingsley who launched his business Castlefield Antiques in June and who had been planning to stand at Ally Pally this October. While he looks forward to next year’s outing there, he is stalling out at the Peterborough Festival instead selling small antiques and kitchenalia across a double stand.

A former chef and avid antiques collector Kingsley also exhibits at other fairs including Sunbury Antiques at Kempton Park Racecourse, as well as on Instagram via @castlefieldantiques and @antiquekitchenalia “when there is a lull between fairs,” he says. Kev Kingsley who launched his business Castlefield Antiques in June.

Ceramics dealer Jeremy Garner of Two Jays Antiques has been standing at the Peterborough Festival of Antiques since early 2019 and finds a good market for Royal Worcester. “Items such as vases, larger pot-pourris are popular – particularly in blush ivory. This is followed by earlier Doulton stoneware pieces. Most of my sales at Peterborough are to the serious collector rather than the browser.”

Peterborough returns with over 2000 dealers

Peterborough Festival dates at the end of the month