Police are appealing for information following a theft of more than 400 pieces of jewellery, coins and watches from Adam Partridge Auctioneers. 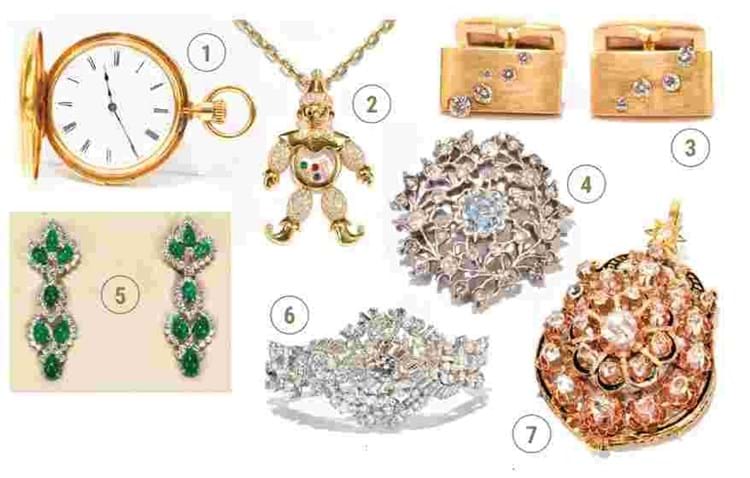 In the early morning of November 16, the day before a four-day auction was due to start in Macclesfield saleroom, three people wearing balaclavas broke into the saleroom site after cutting through the fence from a neighbouring trading estate.

They gained access to the premises by breaking through a fire door and crawling along the floor to avoid setting off the alarm.

The total estimate for the stolen items was around £200,000-250,000. Among the many distinctive items taken was a Patek Philippe quarter-repeating half hunter pocket watch numbered 47010 from 1871 which had been estimated at £10,000-15,000 and was accompanied by an insurance valuation for £80,000. A diamond-set articulated cuff bracelet estimated at £18,000-22,000, two Chopard diamond set clown pendants and a pair of David M Robinson gold and diamond cufflinks were along many easily recognisable items stolen.

Cheshire Police said no arrests have been made at this stage but that enquiries are ongoing and asked that anyone with information contact them.

Adam Partridge confirmed that the firm is fully insured and that all the items have been fully photographed and listed as stolen. DC Tom Towe of Macclesfield CID said: “I am asking for anybody with information about those responsible or the whereabouts of the jewellery to contact the police.

“We have photographs which have been disseminated to auction houses and dealers around the country in order to identify the stolen items, but would also ask local jewellers and pawnshop owners to look out for items matching the descriptions.”

Anyone with information should call police on 101 quoting incident IML-1133492 or report it via the Cheshire Police website. Alternatively, information can be given to Crimestoppers anonymously on 0800 555 111 or via the Crimestoppers website.

Despite the missing items, the sale went ahead with the remaining lots and the auction house’s calendar remains unaffected.

Wind it even with gloves