For people who follow the art market, Banksy (b.1975) is now impossible to ignore. Increasingly, his original works are mainstays of major sales of Modern and Contemporary art, with his multiples among the best-selling elements of the modern prints market.

The latest flagship auction series in London was topped by a Banksy – the oil on canvas Game Changer depicting a boy discarding his action toys in favour of a figure of an NHS nurse. It was painted last year as a gift to the University Hospital Southampton and, to much publicity, was being sold to support the NHS and staff.

It was estimated at £2.5m-3.5m at Christie’s evening sale on March 23 but knocked down at £14.4m, a near doubling of the artist’s record. How much the ‘charity’ factor counted is difficult to judge: the previous high was the 2009 political satire Devolved Parliament sold at Sotheby’s in 2019 for £8.5m. 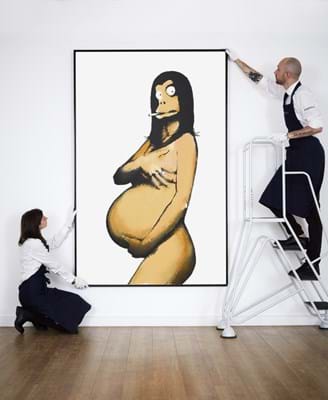 Sotheby’s cross-category sale on March 25 offered a spray paint and emulsion on canvas which was the original concept for Banksy’s Barely Legal Poster (After Demi Moore) from 2006. Estimated at £2m-3m, it sold at £2.2m.

The auction also included a signed screenprint of Girl with Balloon from 2004, one of 88 artist’s proofs created in different colour variants (this one with a gold balloon).

Estimated at £400,000- 600,000, it took £900,000 – a significant record for a Banksy editioned print, outselling a purple version from the same series that made £640,500 at a Christie’s online sale in September. For the vendor who acquired it in 2015, this latest jump in Banksy print prices will represent a massive return and underline why investors are flocking to these works.

The top lot of the sale overall was Edvard Munch’s (1863- 1944) Embrace on the Beach, part of The Linde Frieze that was painted for a children’s nursery in 1904. It had previously sold at Sotheby’s for £5.5m in February 2006 but expectations were higher this time round. Estimated at £9m-12m, it sold to an Asian collector at £14m. 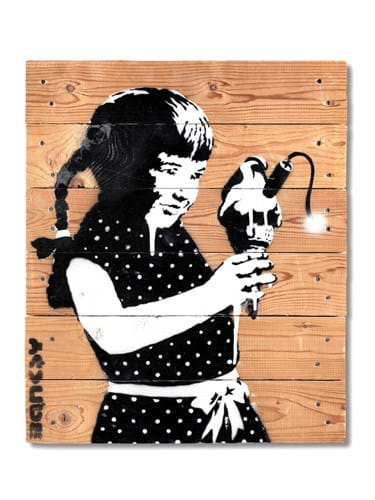 More on Banksy in our special focus in this issue. 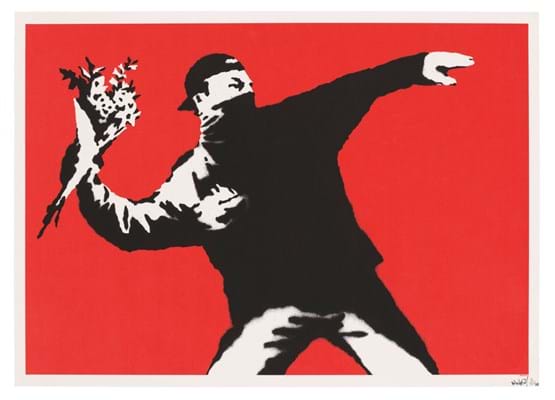 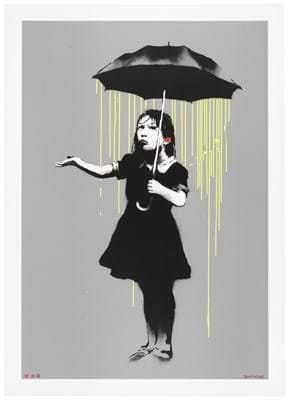 The sale also features a unique impression of Nola (Yellow Rain) from 2008, estimated at £200,000-300,000. This image of a girl being drenched by rain, falling from inside of her umbrella, was originally conceived by the artist in response to the devastating events of Hurricane Katrina in 2005.

The unique variant at Christie’s, with a hand-finished dot on the ear, was created in 2009 and donated by the artist to a charity auction to raise funds for Great Ormond Street’s Cochlear Implant Unit. This work has remained in the same private collection since 2009, when purchased at the auction by the present owners.

Pick of the week: A rare white bird worth waiting for