Among the Banksy works sold outside London recently was a screenprint of Trolleys that made £40,000 at Tennants’ (20% buyer’s premium) of Leyburn in North Yorkshire. 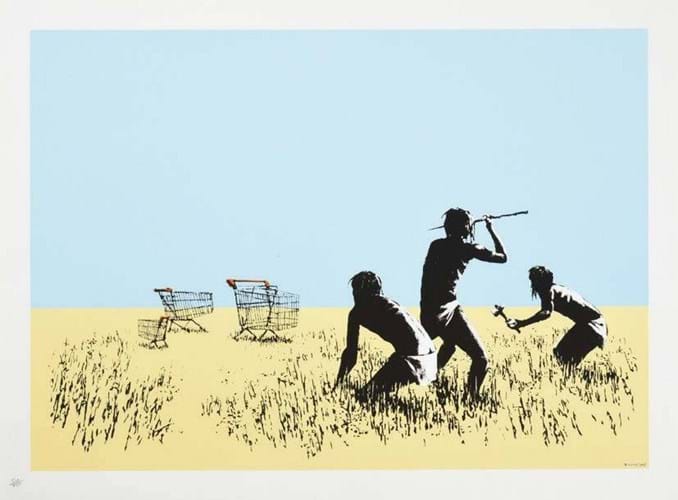 The 22in x 2ft 6in (56 x 76cm) signed impression was from an edition of 750 dating from 2007. Published by Pictures on Walls, it retained the blindstamp and had been authenticated by Pest Control (although according to the catalogue the certificate itself was ‘to follow’).

Trolleys, also sometimes titled The Trolley Hunters, appears in a number of different editions, as is the case with most Banksy prints. The image depicting early man hunting supermarket trolleys with spears on a grassy plain was originally released in 2006 as part of the Los Angeles edition for Banksy’s Barely Legal show (the edition was unsigned and numbered 500).

It came to auction from a private vendor from north-east England and was estimated at £40,000-60,000 at Tennants’ Modern & Contemporary art sale on March 6. Although it sold on low estimate, the price was among the top 10 sums for this edition at auction (source: Artprice by Artmarket).