A Military Cross group awarded to a soldier who carried a fallen comrade through fierce gunfire in Iraq sold at £36,000 (plus 20% buyer ’s premium) in Macclesfield on September 11. 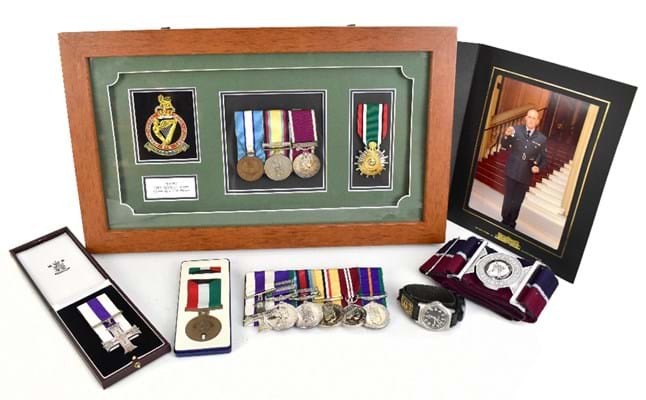 Corporal David James Hayden was the first RAF non-commissioned officer to ever win the Military Cross and the recipient of the only MC issued to the RAF during the entire Iraq campaign.

When his Squadron Regiment was attacked during a patrol near Basra in 2007, he volunteered to rescue Leading Aircraftman Martin Beard who had been fatally wounded in the firefight. Unaware his comrade had already died, Hayden dashed across open ground under heavy fire and carried Beard’s body back to safety on his shoulders. Hayden’s MC plus a General Service Medal with ‘Northern Ireland’ and ‘Air Operations Iraq’ clasps were offered with other personal effects including a wristwatch, dress uniform, insignia and ephemera at Adam Partridge. The auction house said he was selling them to pay off his mortgage and support his family.

A number of bidders pursued the lot before it was knocked down in the middle of expectations. 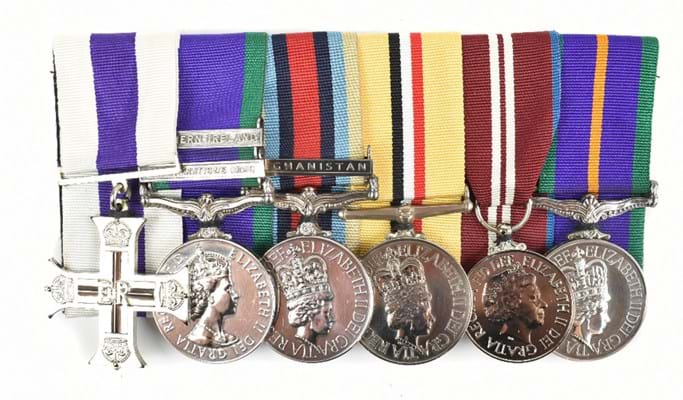 Shortly after the sale, director and auctioneer Adam Partridge tweeted: “I’m an emotional wreck and proud to have been asked to handle the sale for David.”

Although it can be a great shame that veterans have to sell their medals during their lifetime, military medals from recent conflicts continue to attract great interest at auction on account of their great rarity.

Another Iraq War MC group belonging to Sgt Trevor Coult of the Royal Irish Regiment, who was awarded the medal for his bravery in a machine-gun ambush in Baghdad, sold for £29,000 at Lockdales in March 2016.