A round-up of art and antiques news from the previous seven days, including the postponement of two Paris fairs and another changing its date and venue. 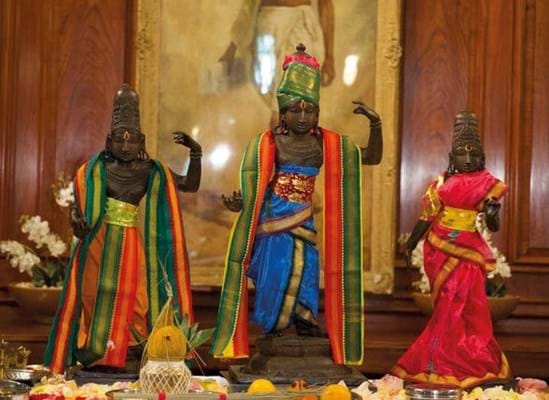 Three Parisian fairs have been called off or altered due to Covid-19 concerns.

Modern and Contemporary art fair FIAC, design fair PAD Paris, which were both due to run next month, have been postponed until next year.

FIAC was due to take place at the Grand Palais from October 22-25. Following discussions between exhibitors, collectors, visitors and organisers, the event was officially called off last week.

Exhibitors are being reimbursed for 100% of the sums already paid. The next staging will be in October 2021.

PAD Paris, which was scheduled for October 19-25, will now run from April 7-11. It follows the cancellation of this year’s PAD London, which will now run next October. A digital platform for the two events will open on November 4.

Meanwhile, Fine Arts Paris has had a change of date and venue. It will now take place from November 26-29 at Palais Brongniart. It is also adding an online platform for foreign exhibitors and visitors.

Anica Namur, the Belgian fine art and antiques fair, originally due to take place in November this year, has been rescheduled to November 11-21, 2021.

All VAT-registered businesses in the UK have been advised how to prepare for dealing with exports and imports after Brexit.

HMRC has contacted firms with advice on trade with the EU from January 1, 2021. It states firms should already have applied for and received an Economic Operator Registration and Identification (EORI) number. The three gilt bronze deities returned to Tanjavur by the Met’s Art and Antiques Unit.

The bronzes, taken more than 40 years ago, will now be returned to their temple in the Tanjavur district in India. Although the thieves were identified and convicted in India at the time, the whereabouts of the stolen idols was unknown.

In 2019, the Met’s Art and Antiques Unit were alerted by the Indian High Commission that one of the bronze sculptures had been offered for sale. The dealer, once presented with the evidence, voluntarily disclaimed the sculpture so that it could be returned. He also identified two additional sculptures from the set and volunteered to return them.

DCI Tim Wright, of the Met’s central specialist crime unit, said: “These three bronzes haven’t been seized by the police, but have been voluntarily disclaimed by the UK owner. Once he was aware that they had been stolen, he immediately recognised that they should return to India.”

Halls in Shrewsbury has welcomed back Alexander Clement to its fine art team. He previously worked at Halls between 2015-18 before joining software firm Go Auction. He rejoins as senior general valuer and Asian art specialist. Alexander Clement has rejoined Halls as a senior general valuer.

Halls said the appointment follows the “announcement that current general valuer Joseph Trinder, will be leaving the company at the end of the month to pursue a new adventure with his wife in the Czech Republic”.

Clement has previously worked at Phillips of Chester and later Bonhams.

A complete Tyrannosaurus rex skeleton is to be offered at auction at Christie’s New York on October 6.

The specimen, known as Stan, is one of the largest, most complete and widely studied T-rex skeletons ever discovered.

It is named after the paleontologist Stan Sacrison who found the skeleton’s partially unearthed hip bones in 1987 in South Dakota. The 67m-year-old dinosaur has previously been at the Black Hills Institute in South Dakota.

It will be offered at Christie’s Evening Sale of 20th Century Art on October 6 with an estimate of $6m-8m.

The Stockton-on-Tees firm held its inaugural Books & Works on Paper auction on September 15 with 200 lots from a collection of science fiction and fantasy volumes.

The October sale includes more from the same collection with a large children’s books sale planned in early 2021.

The most viewed stories for week September 10-16 on antiquestradegazette.com

4 Consultation will be final step before Ivory Act is law