A round-up of art and antiques news from the previous seven days, including news of a collection of 14th century tiles from a memorial complex near Samarkand to be returned to Uzbekistan. Glazed tiles have been returned to Uzbekistan after being seized at Heathrow.

They were seized at Heathrow airport by UK Border Force officers earlier this year and after investigations by the British Museum they will now be sent back.

The museum believes the tiles are from Transoxiana, a region in present-day Uzbekistan. They were discovered in January when a passenger arriving on a flight from Dubai was detained on entry following their discovery.

They had been declared on accompanying paperwork to be replicas ‘made to look old’ and were reported to have been purchased in Sharjah, UAE the previous day for 315DH (around £70).

However, a Border Force officer was not satisfied about the age of the items and sought verification from the British Museum.

The importer of the tiles failed to make a claim and they were forfeited.

The Ministry of Culture in Uzbekistan has agreed that the museum can display the tiles for a short period before they are returned, from December. Landscape near Arnhem, 1900-01, by Piet Mondrian is one of the Dutch works bought by the J Paul Getty Museum.

The acquisition also includes a monumental early watercolor by Piet Mondrian, a panoramic landscape view made in 1901. The collection is from a private collector.

Items from New York’s famous Waldorf-Astoria hotel are to be auctioned this month at the Silver City Galleria mall in Boston by Kaminski Auctions. The hotel, being renovated to reopen in 2022, is selling off more than 15,000 items at the auction from October 17 to November 15. Proceeds will go to support St Bartholomew’s Conservancy, New York.

Lots include items from across 140 rooms such as chairs from Winston Churchill’s suite and 19th century French furniture from the suite of Edward VIII and Wallace Simpson. 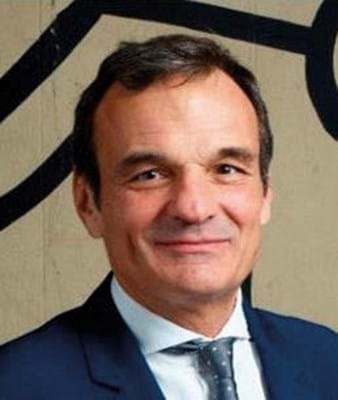 Bonhams has hired Hans-Kristian Hoejsgaard, a luxury and consumer goods specialist, to become non-executive chairman of the auction house.

Hoejsgaard has worked at a number of Swiss luxury firms including as CEO of tobacco firm Davidoff and is currently chairman of lingerie and textile firm Calida Group.

He is also currently a non-executive director of MCH group, the owner of the Art Basel and Masterpiece London fairs and was previously CEO there.

He takes on the role from Bruno Vinciguerra who is now global CEO.

Vinciguerra, a former Sotheby’s chief operating officer, was previously executive chairman when he was brought in by new owner private equity group Epiris in September 2018. Jacqueline Towers-Perkins has been promoted at Bonhams.

Separately, Bonhams has promoted Jacqueline Towers- Perkins to the position of vice president and director of Contemporary Art in New York.

She was previously head of sale in New York and has been with Bonhams since 2017.

The most viewed stories for week October 8-14 on antiquestradegazette.com The number of first editions of Harry Potter and the Philosopher’s Stone sold at auction last week; one at Hansons for £60,000 hammer (pictured), the other a copy from Portsmouth library at Heritage in Dallas for $44,000. Only 500 copies were printed.