From newsletters to viewing rooms, dealers have embraced the internet like never before since lockdown, and now some are experimenting with another new media outlet: podcasts. 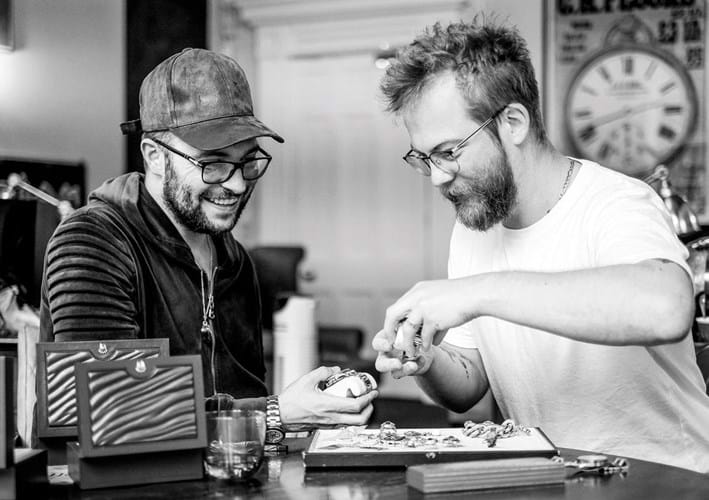 Alex and Monty of Butter Lane Antiques, hosts of the Dealing podcast.

Manchester’s Butter Lane Antiques, for example, has launched Dealing, which gives a behind-the-scenes look at its online jewellery business.

Founder Alex Alfieri says: “I often get questions such as ‘where do you source your jewellery from?’, ‘what’s it like to work within the antique trade?’ and ‘how did you grow an Instagram?’. It’s apparent that there’s an appetite out there for people wanting to learn more.

“For years we’ve kept things pretty under wraps but now we’re ready to talk and to share Butter Lane’s story. Nothing is off limits.”

On the show, which he hosts with the Butter Lane general manager Monty Cutteridge, he discusses the dealership from its beginnings on eBay to its current guise, with an extensive social media presence and customers including JK Rowling and Hilary Swank.

Also launching a podcast is Arcarta, which specialises in due diligence and anti-fraud for the art trade. Its show, The Bigger Picture, offers an inside look at the art world.

It kicked off with a guest appearance from sculpture dealer Robert Bowman, who discussed how he went from a farm in Kent to being a specialist in Auguste Rodin.

Finally, Messums Wiltshire and Gray MCA are set to have their joint exhibition Material Textile: Modern British Female Designers featured on the podcast Haptic & Hue. The show offers a more general discussion on the production, role and cultural history of cloth.

All three shows can be downloaded from podcast platforms such as Spotify and Apple Podcasts.