A selection of upcoming lots of books, maps and prints from auctions taking place around the UK. Offered by Lyon & Turnbull in Edinburgh on June 17, this autograph letter by Robert Burns references perhaps his finest poetic creation, Tam o’Shanter: A Tale. The two pages, once accompanied by the manuscript itself, was penned by Burns from Ellisland Farm to the English antiquarian Captain Francis Grose (1731-91) on December 1, 1790.

Grose – immortalised by the poet in On the late Captain Grose’s Peregrinations through Scotland – was an early recorder of ruins and archaeological remains north of the border.

The two men had first met in the summer of 1789 when Grose was on a second tour of Scotland gathering material for The Antiquities of Scotland published in 1791. Burns suggested to his ‘kind funny friend’ that he should include Alloway Auld Kirk in his book and Grose agreed on condition that the poet provided a witch tale to go alongside an engraving. In June 1790, Burns had sent Grose a prose tale, following it up in this letter with a rhymed version he titled Tam o’ Shanter.

This missive opens with a graceful excuse for a hurried two pages: “I am not, God knows, vain of my composition, and if you like intellectual food more substantial than the whipt syllabub of epistolary compliment.”

Burns then refers to the enclosure which originally accompanied the letter of “one of the Aloway Kirk stories, done in Scots verse. Should you think it worthy a place in your Scots Antiquities, it will lengthen not a little the altitude of my Muse’s pride.”

Tam o’Shanter, marked by a deft use of Hudibrastic verse and idiosyncratic mixing of Scots and English, was composed towards the end of Burns’ tenure at the tranquil setting of Ellisland Farm near Dumfries – a creatively fertile period during which he also produced Auld Lang Syne.

Sir Richard Colt Hoare (1758-1838) was initially only the financier of William Cunnington’s enterprise to record the inhabitants of Wiltshire from prehistoric to Roman times. However, he soon became immersed in the subject, overseeing the excavation of 379 barrows on Salisbury Plain while completing the purchase of Glastonbury Tor in 1786.

Bound in uniform cloth backed boards, these first-edition copies of both works – which represented an important step towards objective methods in field archaeology – carry hopes of £500-800 at Stroud Auctions in Gloucestershire on July 8-9.

‘A thing of beauty is a joy for ever’

Verso are Keats’ initials worked in seed pearls amid a border of flowers lettered in gilt with the opening five lines from Endymion: ‘A thing of beauty is a joy for ever...’ Recto is a design of a Grecian urn within a border of anthemion. The 21 vellum pages include the text of La Belle Dame sans Merci, Ode on a Grecian Urn and Ode to Psyche plus four full-page watercolours, a series of smaller watercolour illustrations and illuminated initials. A miniature portrait of Keats is dated 1928.

Alberto Sangorksi worked for both Sangorksi & Sutcliffe (the famous bookbinding firm established by his younger brother of Francis Sangorksi with partner George Sutcliffe) and for Rivière & Son from 1910. It carries an estimate of £40,000-60,000 at Forum Auctions on June 9.

This finely decorated 8 x 5½in (20 x 14cm) leaf from an early-13th century Latin Bible of the Old and New Testament features columns of lettre bâtarde executed in red, white, green and blue tempera and gold and an illumination of a monkey to a margin.

The sale of Modern Literature, First Editions, Children’s & Illustrated Books at Dominic Winter on June 24 includes this 1899 first edition of Oscar Wilde’s The Importance of Being Earnest, London. This ‘excellent’ copy, number 84 of 100 large-paper copies, is signed by the author.

A signed first appearance for Rebus

Written while Ian Rankin was a postgraduate student at the University of Edinburgh, Knots & Crosses is the first of the Inspector Rebus novels. In the introduction to the novel Rankin said that Rebus lives directly opposite the window in Marchmont that he looked out of while writing the book.

This 1987 first-edition copy, in publishers’ red cloth with dust jacket, is signed together with the author’s noughts and crosses doodle. It has an estimate of £750-1000 at the June 16-17 book sale at Keys in Aylsham, Norfolk.

The 16th Ashes series in panorama

Printed in 1896 by Charles Potter of Sydney using photographs requisitioned from glass plates negatives held by the Government Printing Office, each album has a dedication page to Lady Darley, wife of the governor of New South Wales, Sir Frederick Darley 1830-1910). Of particular interest to cricket fans are panoramas of the first and fifth tests of the 16th Ashes series in 1894-95. Estimate £40,000-60,000.

The Books & Works on Paper sale at Chiswick Auctions on July 28 includes this 18th century scientific manuscript in a cursive hand on optics, astronomy, geography and botany.

It amounts to extensive lecture notes – plus drawings and 27 engraved plates by Jacques Jaillot – taken by a student during a course delivered by Paul Lalieu at the Jesuit College of Anchin at Douai c.1735. Estimate £800-£1200.

Worked on 19 x 12in (43 x 30cm) sheet of vellum, the 11 lines of text and music introduce the first response of the first nocturn for Candlemas: Adorna thalamum Syon.

Alongside a number of sister leaves – that suggest two hands were at work in the illumination of a once sumptuous parent manuscript – it was once in the collection of medievalist and bibliophile Jean-FrançoisAuguste, Comte de Bastard d’Estang (1792-1883). 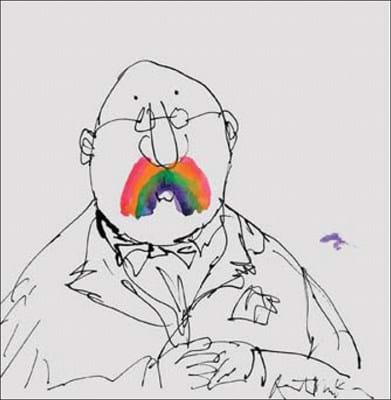 First assembled by Erzurumlu Ibrahim Hakki in 1756-57, alongside discussions on eschatology, celestial and terrestrial geography are also several maps and diagrams. The planispheric drawings were drawn by a surveyor named only as Mustafa and were based on the Dutch cartographer Joan Blaeu’s (d.1673) Atlas Major.

The Elements in Arabic

The Persian astronomer and polymath Nasir al-Din al-Tusi (d.1274) is best known for identifying geometry as an independent mathematical discipline.

His translation of Euclid’s Elements is considered the definitive Arabic edition. This fine copy, printed in Rome by the Medici Oriental Press (Typographia Medicea) in 1594, includes many woodcut geometrical diagrams and tables and is one of the very earliest books printed in Arabic by means of moveable type.

Bound in 19th century grained russet morocco, it has an estimate of £18,000-22,000 at an online sale of Works on Paper from the Islamic and Near Eastern Worlds at Dreweatts’ subsidiary Bloomsbury Auctions on June 12.

The work (the shorter of three variants) is one of only seven Arabic texts printed by the Typographia Medicea, active from 1584-1614, each printed at substantial expense and under the patronage of Cardinal Ferdinand de Medici.

The Word in miniature

This James I period miniature ‘thumb’ Bible, measuring just 39 x 28mm, has an original Stuart needlework binding. The text comprises the two parts of Verbum sempiternum and Salvator mundi by ‘the Water Poet’ John Taylor from 1614.

The English Short Title Catalogue records only one other copy in the Aberdeen University Library. They are bound, back-toback, in a contemporary embroidered dos à dos binding of cream silk embroidered with coloured silks and silver thread.

‘The largest steamers in the world’

The rare poster features a rendition of the Olympic and Titanic ships in the run-up to launch in 1911.

The artwork by Montague Birrel Black (1884-1964) was used in a number of different promotional materials for the shipping company including postcards, menus, a second-class passenger list and on the cover of a 1911 souvenir edition of the Shipbuilder.

Bonhams will offer 10 new drawings by children’s book illustrator Sir Quentin Blake (b.1932) in a special online auction in aid of NHS Charities Together closing on June 3.

Quentin Blake Draws the Rainbow will feature works created during the lockdown period, all taking the rainbows he has seen in people’s windows as his inspiration.

In Vinetum britannicum or A Treatise of Cider by the noted agriculturalist John Worlidge (1640-1700) advocated the production of cider and wine in Great Britain as it was better suited to the climate and resources. This first-edition copy of 1676, housed in what is probably the original calf binding, has an estimate of £350-450 at W&H Peacock in Bedford on June 5.

Trading in the Qing dynasty

A career diplomat for the Foreign and Commonwealth Office, she was also a talented artist who received private tutorials from the classical landscape painter Prince Pu Quan (a great-grandson of the emperor Daoguang (1820-50) and cousin of the last emperor Pu Yi).

This image of Qing period trade and shop signs is from a cloth-bound album of watercolours produced by Peiyang Press, the private publisher in pre-1949 Tianjin. Offered together with a similar work depicting costumes of the five dynasties from the Tang to the Qing, it is estimated at £800-1200.

Comic Book Auctions’ sale of comics, books and artwork closing on June 7 includes a scarce English language edition of Herge’s The Secret of the Unicorn published by Casterman in 1952. The huge popularity of the dauntless reporter Tintin in mainland Europe in the 1950s encouraged the publishers to produce a relatively small number of copies for the UK market.