Graham Greene was a star turn when a second portion of the famed ‘Mystery Fiction’ collections and stock of Otto Penzler, proprietor of Manhattan’s ‘Mysterious Bookshop’, came to auction in New York on September 5.

Illustrated in that same preview was an inscribed, presentation first of of Wilkie Collins’ After Dark, an 1856 collection of six inter-woven short stories, all bar one of which had been previous published by Dickens in Household Words.

Another record-breaker at $11,000 (£8945), it was inscribed for WS Herrick, a portrait painter who in the book’s preface is acknowledged by Collins as a source for the facts on which two of his tales are based.

Many of the top lots were found among the many Agatha Christie firsts on offer.

A copy of her third short story collection, a 1930 work that introduces the character described by Heritage as “her scarcest and most enigmatic detective”, The Mysterious Mr Quin of the title, carried the highest estimate. A group of books by other writers whose works sold well in New York. 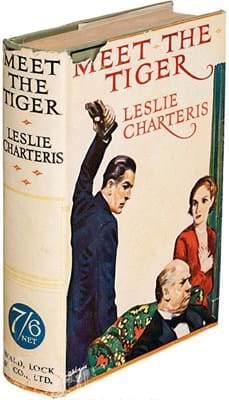 With one exception, The Mystery of the Blue Train, a copy of which sold for £13,000 at Sotheby’s in 2016, all the above lots made auction record sums – often by quite a margin.