Autumn in Munich means different things to different people. For several million visitors the high point of the year is the Oktoberfest. For several thousand the main attraction is two art and antiques fairs that run more or less concurrently. 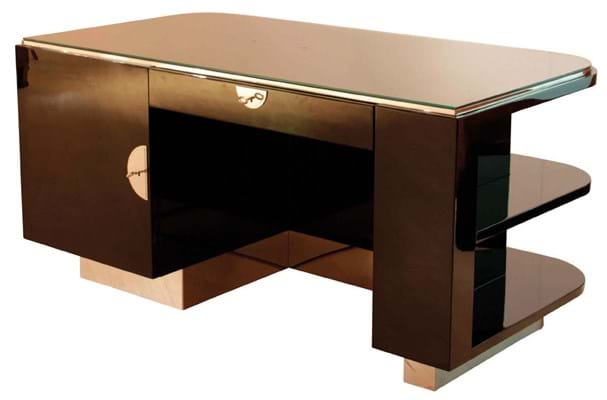 A veritable veteran among Germany’s fairs is Kunst & Antiquitäten which is opening its doors for the 99th time from October 12-20. One step away from a major landmark, the organisers of the fair, which is held in May and October, are already celebrating.

Last year the fair found a new home in a hall in Munich’s Olympia Park, having been forced to leave its previous venue due to building works. Although the organisers intended to stay there for several years, a new opportunity presented itself when part of the exhibition centre Haus der Kunst became available.

This location has a legendary, almost mythical, status for German dealers. From 1956-88 it was the venue of Germany’s first post-war art and antiques fair. It has a big advantage for exhibitors and visitors alike: it is in the centre of town and within easy reach of the second autumn fair, Highlights, which is being held from October 16-20 in the Residenz, the town palace of the Bavarian royal family.

The concept of Kunst & Antiquitäten with its 54 exhibitors has remained unchanged since its inception: collectable art and antiques at affordable prices.

Many of the mostly German participants, who are joined by a handful of dealers from Austria and other European countries, have been exhibiting at the show for decades. That does not mean that the event has not moved with the times – alongside the traditional fields of collecting, several exhibitors also show Modern and Contemporary art.

Very much of its time is a small Art Nouveau silver and turquoise Cymric table clock, designed by Archibald Knox for Liberty & Co in 1903 shown by Wolfgang Gützlaf, Berlin.

Almost a century older is an ash-wood Empire chaise longue from Vienna which can be found at the stand of Manfred Ehrl from Greding, south of Nuremberg, and is priced at €23,000.

His Bavarian colleague Viktor Puch from Deisenhofen has a late 19th century bronze bust of either Dionysos or Plato – the archaeologists are undecided. The original was discovered in 1750 in Herculaneum and the bust on offer was cast by the Chiurazzi foundry of Naples c.1880. The asking price is €6500.

Interesting for fans of silent films is the futuristic copper mask of a woman’s head, created in 1930 by Ludwig Riffelmacher in homage to Fritz Lang’s legendary film Metropolis of 1927. It is being offered by Gerhard Sauer of Sankt Gallen. Francesco Podesti’s oil painting The Rape of Europa from 1852 is being shown by dealer Paolo Antonacci from Rome at Highlights in Munich, where it is priced at €75,000.

The second autumn fair, Highlights, which is holding its 10th anniversary edition, has established itself as an upper-market event.

There are 38 exhibitors from Germany, Austria and Switzerland and VDK Jewels from London and Milan.

To mark the first decade, the organisers have also invited 12 previous exhibitors, among them Konrad Bernheimer, who was a driving force behind Highlights, Georg Laue and fellow Munich dealer Sascha Mehringer, to join the show for a special exhibition of prime works of art on a joint stand.

Taking up a lot of space there are the carved gold lacquer coloured panels La Chasse measuring 8ft 9in x 13ft 6in (2.67 x 4.14m). They were once part of Jean Dunand’s monumental wall decoration Le Retour des Chasseurs in the smoking room of the luxurious ocean liner Normandie. They were executed in 1935 and are now being offered by Mehringer for an undisclosed price.

Rome dealer Paolo Antonacci’s contribution is of a more manageable size. It is Francesco Podesti’s 2ft 9in x 3ft 11in (86cm x 1.2m) painting The Rape of Europa from 1852.

The exhibitor with the longest tradition is without doubt the Munich Galerie 13 – Carl Weishaupt, as it is now called – which was founded in 1692 and was for many years the court jeweller to the Bavarian royal family. It will be presenting jewels and silver from the 19th and 20th centuries.

The organisers of Highlights are not only concerned with the past; they have an eye for the future and have invited several young dealers to take part.

They include Johannes Eggerbauer from Cologne who specialises in works on paper, predominantly by German Expressionists, and Felicitas Vogdt of the Galerie Vogdt in Munich.

The latter is looking for a buyer for an office table in Indian rosewood, designed by Pierre Jeanneret, Le Corbusier’s cousin, in 1957-58 for the planned Indian city of Chandigarh. It is priced at €16,800.