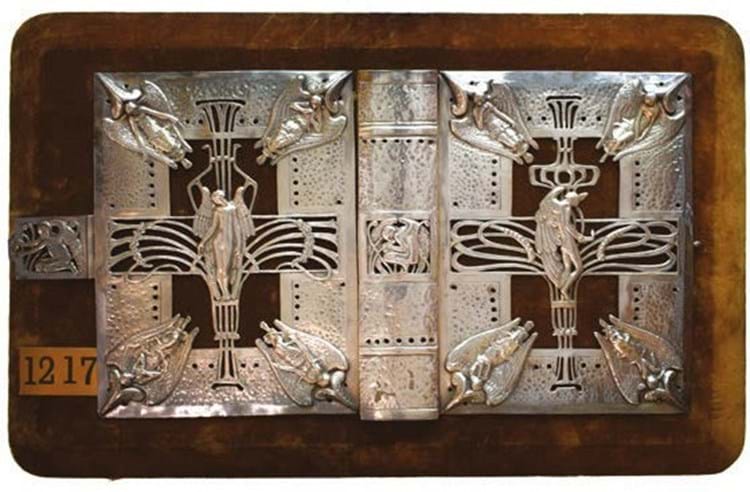 This 1896 Art Nouveau electroplated binding by Lilian Simpson (c.1871-96) was sold by Jarndyce Rare Books priced at £3800. It was commissioned by the Council of the Art Union of London and a version was exhibited at the Royal Academy in 1896.

Running from June 7-9 at Battersea Evolution, the event hosted 150 dealers offering books, maps and ephemera. The fair had a new title this year, part of a bid to widen its appeal, and organisers reported that footfall had increased year-on-year.

Highlight sales included the earliest printed map of London from 1572, offered for £11,000 by Altea Gallery and bought in the opening hours.

Among the first editions sold were Ian Fleming’s Casino Royale, offered by new exhibitor Gilleasbuig Ferguson Rare Books for £17,500 and snapped up by the trade on opening day, as well as The Adventures of Sherlock Holmes (1892) sold from the stand of Peter Harrington along with The Memoirs of Sherlock Holmes (1894) for £22,500.

Actor and book collector Stephen Fry opened the fair and read from Shakespeare’s First Folio, which was on loan from the John Wolfson Collection via the fair’s new charity partner Shakespeare’s Globe.