This Chinese export porcelain punch bowl will feature in a large two-day sale of more than 750 lots of Americana and international interest at Pook & Pook in Downingtown, Pennsylvania, on January 11-12. The 15¾in (40cm) diameter bowl, which dates from c.1780, features naval ships to one side and to the other a rendition of a popular satirical print of the time, featuring figures emblematic of France and Britain with the inscriptions You be Damn’d and Vous etes un bete.

There is an old sprayed repair to the right of the French man.

The bowl has a provenance to a New Jersey collection and carries an estimate of $3000-5000.

More than 100 lots of paintings, sculpture, drawings, prints and books comprising the sporting art collection of James W Smith will be included in Doyle’s Dogs in Art auction in New York on February 13. Smith (1941-2018) was a master breeder of smooth fox terriers and the board chairman of the American Kennel Club. Among the paintings from his collection will be a study of two wire-haired fox terriers in a wood by the British wildlife and animal artist Arthur Wardle (1860-1949). 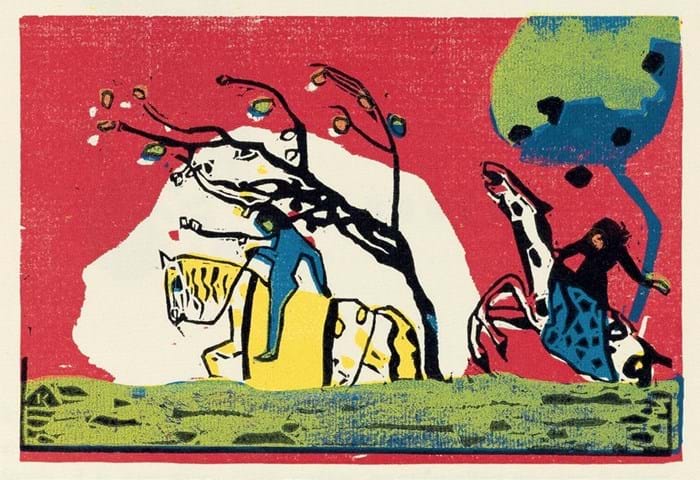 Described by the artist as a musical album, the prose poems, typography and illustrations merge and complement each other. The book dates from 1913, thus predating Kandinsky’s move to abstraction.

Many of the woodcuts, in Expressionist style, feature his recurrent motif of the horse and rider.

Swallow dips in to open another salvage event