Affordable art: Three works sold for £2000 or under including Jacobite portrait

Three modestly valued works selling at regional sales at £2000 or under, including Bonnie Prince Charlie portrait. 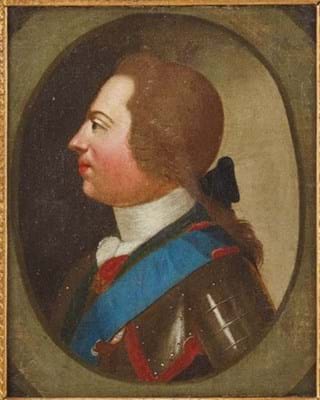 1. This portrait of an armour-clad Charles Edward Stuart passed through the possession of several members of the White Rose Cycle Club, one of the most well known of the Jacobite clubs and societies. With provenance stretching back to Nerquis Hall (a house built in 1637-38 on the order of the Wynns, a staunch Catholic family who supported the Stuart cause from an early period), it sold within estimate at Lyon & Turnbull on August 14 in Edinburgh.

2. This oil self-portrait by Anglo-Dutch painter Uriel Eekhoff (1923-2014) was one of 20 works consigned by the artist’s niece to Essex saleroom Boningtons and offered on August 12. Eekhoff worked in Paris and on the Continent before returning to Britain, where he exhibited at a number of mixed and one-man shows.

3. Painter James Neal (1918-2011) was best known for his depictions of Hull in east Yorkshire, which he painted over a 50-year period, focusing on the port city’s streets, roofs and rivers. This 2ft 7in x 17in (80 x 44cm) oil on board view of a back garden in Hull tipped over top estimate at Spicers in Driffield, near Hull, on August 9.