A round-up of art and antiques news from the previous seven days, including Phillips posting its highest-ever sale total and dealer Rupert Maas selling a William Henry Millais watercolour on the opening day of TEFAF Maastricht. Pablo Picasso’s 'La Dormeuse' which sold for £37m at Phillips.

Phillips posted the highest total in the company’s history, with its 20th Century & Contemporary Art evening sale on March 8 generating £97.8m including premium.

Its top lot was Pablo Picasso’s La Dormeuse, which overshot a £12m-18m estimate and was knocked down at £37m to a private collector.

The oil and charcoal on canvas from 1932 was a timely offering, given the Tate Modern’s exhibition of the artist’s works from that “intensely creative” year opened on the same day.

Sotheby’s £109m evening sale the night after was led by The Architect’s Home in the Ravine by Peter Doig which sold under estimate at £13.2m. The work from 1991 was making its fifth appearance at auction since 2002.

The most clicked-on stories for week March 1-7 on antiquestradegazette.com

2 Fred Dibnah heritage centre contents to be sold at auction

Matthew Denney, who worked for 16 years at Duke’s of Dorchester, has joined the Lawrences saleroom in Crewkerne as a valuer. Matthew Denney, who has joined Lawrences of Crewkerne.

Denny was previously course leader for the fine arts valuation degree at the Southampton Institute – the course where so many art and antiques experts cut their teeth.

Worcestershire auction house Kingham & Orme has relocated to a new premises a year after its debut auction.

Arts & Crafts specialist George Kingham and Moorcroft and Royal Doulton dealer Gary Orme held their first auction in February 2017. They have now opened a saleroom in the market town of Evesham at Davies House in a former leisure centre.

The first auction to be held in the new space will be its paintings and Asian works of art sale on March 16-17.

A rare imperial Kangxi bowl coming onto the market for the first time in 30 years could test the auction record for Chinese ceramics. 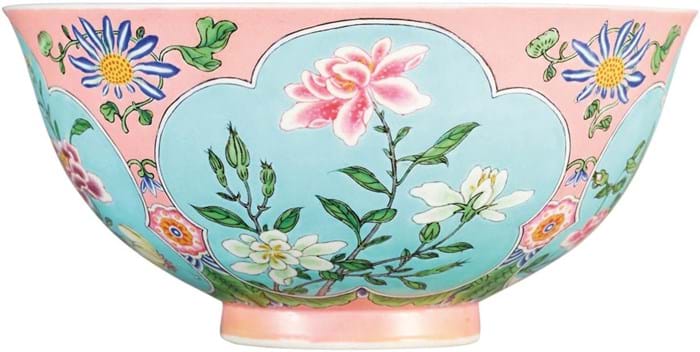 The rare imperial Kangxi bowl which is estimated at HK$200m (about £18.5m) in the Sotheby’s HK April 3 auction.

It has a Kangxi (1662-1722) yuzhi four-character mark and is of the period. ‘Yuzhi’ marks, which translate as ‘made for the Imperial use of…’, suggest a close relationship with the Imperial court and it is believed to have been made for the personal use of the Kangxi emperor.

The 5¾in (14.5cm) diameter enamelled bowl, pictured above, once belonged to the collector Henry M Knight and is being offered at Sotheby’s Hong Kong Chinese Works of Art Spring Sale on April 3 at the Hong Kong Convention and Exhibition Centre.

WH Millais takes to the floor at TEFAF

Pictures Maas chose not to hang were laid out on the floor of the stand for the vetting committee to inspect.

One of the vetters, from a Dutch museum, saw a William Henry Millais watercolour, On the Lyn, North Devon, on the floor and came back in the morning to buy it.

It sold at €10,000 – in the process doubling the number of English pictures held by the unnamed Dutch institution.

The number of free tickets for the VIP preview at TEFAF Maastricht that each dealer was given to send out to clients. They could also buy up to 50 extra tickets, allowing two people in. Many exhibitors welcomed this policy, which they said tackled the problem of too many party-goers detracting from having more focused conversations with clients.