ATG’s selection of auction lots bought by internet bidders on thesaleroom.com from the period February 15-21, 2018. This includes both the highest prices over estimate and the top prices paid online. 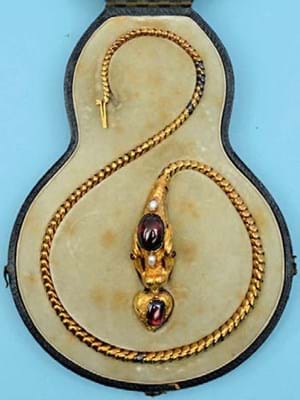 A Victorian snake necklace set with cabochon garnets and seed pearls with hair locket to reverse. Source: Bid Barometer is a snapshot of sales on thesaleroom.com for February 15-21, 2018.