One of the most sought-after of all film posters, this British quad for the 1958 Rank/Hammer movie Dracula, sent a thrill through the Dublin rooms of Whyte’s (20.3% buyer’s premium) where it topped the bill. 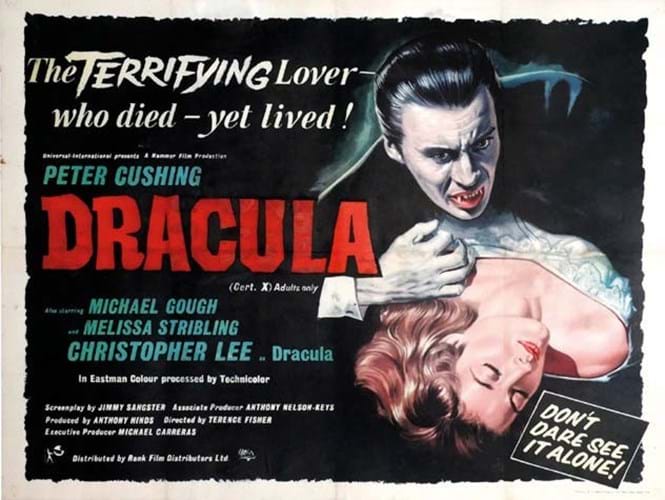 Offered among the 540 eclectic lots on February 3, the 2ft 6in x 3ft 4in (76cm x 1.02m) poster had been restored and linen backed. It had some staining along the fold lines and some minor watercolour re-touching.

But as the first of the immensely popular Dracula series, and starring Christopher Lee and Peter Cushing, it is something of an icon among collectors. Pitched at €6000-8000, it sold to an English fan at €16,000 (£14,240) – a record for any film poster sold in Ireland.