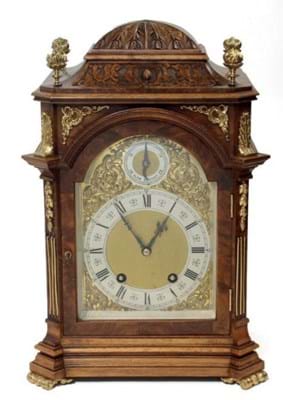 A silver medal awarded for a shipwreck rescue is among an archive of items relating to Royal Navy man Ronald Wigglesworth coming up for sale on December 9 at Young’s Auctions based in Guildford (sale held in nearby West Horsley Village Hall).

On October 1, 1907, the French cargo ship Leon XIII, sailing from Portland, Oregon, was heading for Limerick when it struck a reef in a ferocious storm off the Irish Quilty coast with 22 men on board. The heroic fishermen of Quilty managed to rescue 13 men and on October 3 HMS Arrogant saved the rest. Wigglesworth, on board Arrogant, was given this specially struck medal, 2½in (6cm) diameter and 65.5gms, weighing by the French Ministere de la Marine, it is believed.

Other items in his archive, estimated at £2000-3000, include RN ships’ logs kept by Wigglesworth as a midshipman. They feature hand-drawn maps, drawings and charts by him. Another item is a leather dressing case initialled RW containing four silver-topped jars by Drew & Sons, Piccadilly, c.1915.

Men, women, monks and clerics are illustrated on this fan, making their way along the road to Santiago de Compostela to visit the shrine of St James the Greater.

A c.1750 pilgrim fan is among an array of examples dating from the 18th to the early 20th centuries going under the hammer in a dedicated sale at Tennants of Leyburn in North Yorkshire on December 7. Estimate £2500-5000.

Of Titanic interest, a mirror coming up at auction is purported to have belonged to the ship’s first and only sea captain, Edward John Smith.

Smith, from Stoke-on-Trent, famously went down with the Titanic after the liner hit an iceberg during its maiden voyage on April 14, 1912.

Included with the mirror is a handwritten note penned by the sister-in-law of Smith’s housekeeper, explaining the item’s provenance and that it had sat on the sailor’s dressing table before he left to take the helm of the Titanic.

Clockmaker Lenzkirch had substantial factories in Badenia in the Black Forest region of Germany. At its peak in c.1900, it was producing around 60 clocks per day and had more than 600 employees.

The clock (pictured above), produced by the factory in the last quarter of the 19th century, has a veneered burr walnut case and an eight-day clock movement that strikes the quarter hours on two blued steel gongs and the hour on a single gong. The backplate is stamped with the maker’s mark and serial number.

It is priced at £3950 from Carlton Clocks in Little Chalfont in Buckinghamshire.