Numismatists descend on London for the annual Coinex fair

Coin enthusiasts have plenty to think about as they arrive in London for the annual Coinex fair. 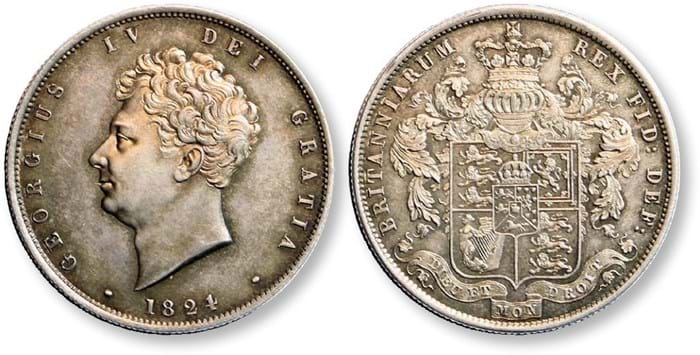 It is an event that promises a mix of scholarly exchange and gossip about a sector that’s in flux but in good health.

The stands – some 80 of them – are sold out, largely to dealers but to auction houses too. Exhibitors and visitors hail from the UK and overseas, attracted not just by the fair but the ancillary events coinciding with it.

We are talking about Coinex (September 22-23, Millennium Hotel, London), the UK’s biggest coin fair, now in its 39th year. It is the centrepiece of the most important week in the UK numismatic calendar (see far right).

Spink, for example, stages its key UK auctions in the week of Coinex, and takes a stand to promote them.

“For a show to be a major one on the international scene it needs to have auctions running in parallel,” says Muriel Eymery, Spink’s head of coins and medals. Coinex is “very important to Spink, as the fair takes place in our backyard”.

Much has happened on the London scene since last year’s event. Baldwin’s of St James’s, a merger of the Baldwin auction business and St James’s Auctions, was unveiled in January. Six months later Sovereign Rarities received a financial fillip in the shape of a new shareholder, The Royal Mint.

Ian Goldbart, Sovereign’s managing director, calls himself “an old hand” at Coinex, having first visited as a young collector. It is one of the 25 international fairs at which his firm exhibits. This silver denarius from CJ Martin Coins was struck for Gaius Cassius Longinus – a Roman senator, brother-in-law of Marcus Junius Brutus and a leading instigator of the plot to kill Julius Caesar. He committed suicide in 42BC after being defeated by Marc Antony, allegedly using the same dagger that he used against Caesar.

Dealer Chris Martin is owner of CJ Martin (Coins) & Ancient Art and who, as chairman of the British Numismatic Trade Association, is the fair’s organiser. He says Coinex may have “premium” positioning but it is one event where collectors can still buy coins for £10.

Martin estimates that “between £5m-10m worth of coins change hands” in Coinex week but he is sanguine about the fact that the highest prices achieved in that time are not likely to be at the fair. Thanks to wealthy new collectors, he says, “we’re seeing record-breaking prices achieved for coins, mainly at auctions”.

In the aisles of this year’s event, talk will be of how “demand outstrips supply of rare coins in high condition”, says Goldbart. The unknowns of Brexit and recent restrictions applied in Germany and Italy to dealing with ancient coins should be conversation points too.

Christopher Webb, head of the coins department at Dix Noonan Webb, says one upside of leaving the EU will be the reduced chance of such hurdles being applied in the UK.

In the meantime, dealers such as Mark Rasmussen look forward to Coinex as “a great opportunity for the coin industry to come together”. As buyers “are becoming fussier”, he notes, “the market needs to support them and dealers do this best.”

Spink’s September 27 sale includes both the Tisbury collection of Commonwealth silver coinage and a collection of the coinage of Tipu Sultan (1750-99) collected by Edward Moor, an officer in the army of the East India Company. Moor took part in campaigns against the Tiger of Mysore – the shattering of his left elbow resulted in his early retirement from the army – but later became an expert on Indian culture.

In his book Hindu Pantheon, published in 1810, he described how he came by some of the coins in his collection: “Among the valuable property of the late Tippoo Sultan that fell into the hands of the captors was a cabinet of coins and medals, Mahomedan and Hindu; many of them very old and curious. They were sold at the public prize sales; and a part was purchased by my old and highly esteemed friend Major Price who kindly enriched my little collection by such duplicates as his lot contained.” The financial highlight of the Tisbury collection is a very early double rupee or Haidari, dated AH1298, regnal year one, of which only one other example has been recorded. It is estimated at £2500-3500 at Spink’s sale.

The coinage speaks of the many reforms that the Muslim ruler instigated in a largely Hindu area of southern India. Many include the mint marks of renamed cities (such as Patan for Seringapatam) and reference Tipu’s own Mauludi calendar, containing 60 cyclic years.