Mostly sold by Woolworth’s stores at 3d each, Mighty Midgets ‘Blitz’ books helped distract children who had to spend nights in air-raid shelters or Underground stations during the Second World War. 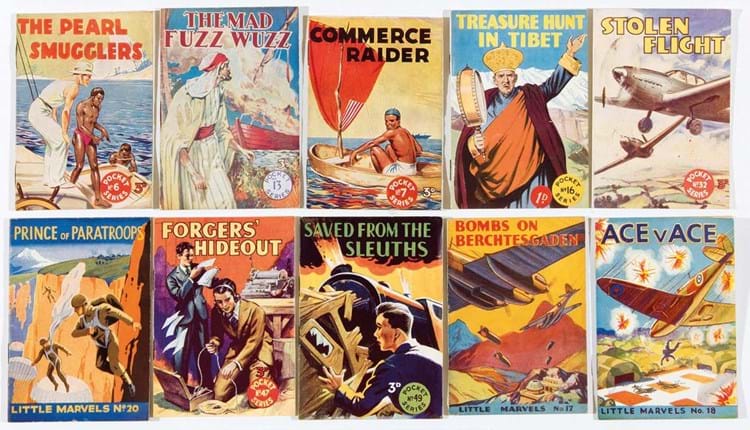 Selection of 36 Mighty Midgets ‘Blitz’ books sold as a group for £320 by Comic Book Auctions.

Pictured above is a sample selection of 36 of these now scarce little works sold as a group for £320 by Comic Book Auctions (16% buyer’s premium).

Other high spots from the September sale included a 1968 first issue of Iron Man (rated 9.4 in its CGC plastic case) that took £1280, and the black and white cover artwork by Joe Colquhoun for an August 1984 issue of Battle 484, at £960. The latter featured ’Charley’s War’, a tale of the First World War.

A copy of the very first Beano comic of 1938 had numerous faults, including a large section of the front cover torn away, but it did retain a copy of the 8pp mini comic promotional flyer and sold at £1480.