Detail from one of the slave registration documents on sale at Greenslade Taylor Hunt on June 2.

They record in detail the slaves owned by Philip John Miles (1774-1845), a Bristol merchant venturer and member of parliament, on the Miles family’s sugar plantations in Hanover Parish, County of Cornwall, North West Jamaica, dated 1817, 1820 and 1823.

The documents will be offered on June 2, estimated at £500-700. Specialist Malcolm Claridge says: “The documents turned up in a pile of papers from a deceased estate in Bristol. I was contacted to look at some militaria-related things, but came across these documents while browsing. I did a little research and realised what they were.”

The anonymous vendor is from Bristol and will be donating some of the proceeds to a “relevant charity”.

More than 700 fine art and antiques, from the contents of a lavish six-storey townhouse in London’s Belgrave Square that belonged to the late Lord Ballyedmond, will be offered at Sotheby’s on May 23-24.

Lord Ballyedmond was killed in a helicopter crash in Norfolk in March 2014.

His widow, Lady Mary, has now decided to sell the contents of the Georgian mansion at 9 Belgrave Square.

The property will then be sold separately.

The most clicked-on stories for week April 27-May 3 on antiquestradegazette.com 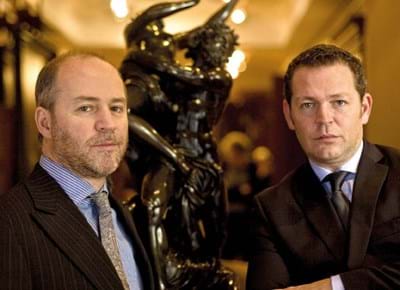 The Tomasso brothers – Dino (left) and Raffaello – who are opening a new London gallery.

Tomasso target is a London gallery

The opening is to be marked by an exhibition titled Canova and his Legacy.

The business was forced to vacate its previous premises on Duke Street when the lease expired and was not renewed earlier this year. Alexander Kader, who has been promoted at Sotheby’s and becomes co-worldwide head of European sculpture and works of art alongside Margaret Schwartz.

Sotheby’s has bolstered its sculpture department by promoting Alexander Kader and Margaret Schwartz to be co-worldwide heads of European sculpture and works of art. Margaret Schwartz, who has been promoted at Sotheby’s and becomes co-worldwide head of European sculpture and works of art.

Kader has been at Sotheby’s in the UK since 1996 and head of the London sculpture department since 2000. In New York Schwartz joined in 1986, was promoted to head of the European works of art department in 1992, and became an auctioneer in 2005.

They will lead the strategy for the company in sculpture sales across North and South America and Europe. 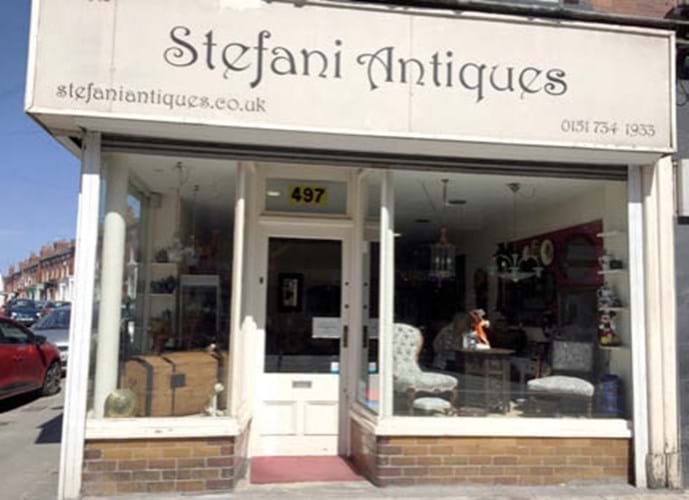 Stefani Antiques of Liverpool was hit by thieves.

More than one hundred antiques, including a significant amount of jewellery, were stolen from a Liverpool dealer.

Toula Stefani, 78, discovered the break-in and the police are now appealing to the trade to keep a look out for any of the stolen objects.

Thousands of pounds worth of items were taken including 12 boxes of silver cutlery, rings, tie pins, bracelets as well as a silver postage stamp holder 1883 with penny black stamps inside.

Concerns over the ownership of an Islamic manuscript, catalogued as ‘Sharh al-Kulliyat, a commentary on the generalities of al-Qanun by Ibn Sina’, to be offered in Sotheby’s Arts of the Islamic World sale on April 26, led the item to be withdrawn from the auction. The manuscript, listed as lot 24, carried an estimate of £20,000-30,000.

Concerns were raised by experts that the manuscript may have been previously stolen from Yusuf Aga Manuscript Library in Turkey.

A spokesman for Sotheby’s said it voluntarily withdrew the item for further research.

The number of paintings from the collection of Adolphe Schloss that were seized by the Nazis in 1943 and are yet to be recovered.

One of them, a portrait of a Dutch merchant by Bartholomeus van der Helst, appeared at the end of April at im Kinsky in Vienna but was withdrawn from auction shortly before it took place.

United we stand or going it alone: whither the trade after Brexit?