'Girl with Balloon' (2004) set a record for a Banksy print at the Forum Auctions sale in New York.

In total, 37 out of 40 lots sold for a premium-inclusive $1m (£750,000). All lots were accompanied by a certificate of authenticity issued by Banksy’s official Pest Control Office. Forum said around half of the lots sold to US buyers.

A rare engraving of ‘Canterbury’s Magna Carta’ of 1215 has been saved for the Kent city after it sold at The Canterbury Auction Galleries.

It sold for £3400 on November 28 against an estimate of £3000-5000 after being discovered at one of the auction house’s free Friday valuation mornings. The saleroom waived its buyer’s premium.

Printed on vellum in 1733, the engraving is a facsimile of what experts have established was the copy of Magna Carta preserved originally among the cathedral’s records, perhaps having passed through the hands of Archbishop Stephen Langton (1150-1228).

It was removed from the cathedral collections in the 1630s and is now one of the British Library’s two copies (of four original Magna Carta copies still existing). However, it was later badly damaged by fire in 1731 and a botched 1830s restoration.

The most clicked-on stories for week December 7-13 on antiquestradegazette.com The English furniture specialist founded his business in 1966 and became a member of BADA the year after. His first showroom was on Fulham Road, where he stayed for nearly 40 years before moving to Kensington Church Street in 2005. He now trades from West Sussex by appointment only.

Courtney has served on the BADA council for more than 40 years, including two years as vice president.

Four Old Master paintings from the collection of the late president of TEFAF, Willem Baron van Dedem, have been donated to the National Gallery.

The Dutch and Flemish paintings were deliberately chosen to fill gaps in the gallery’s collection. They include a still-life by Adriaen Coorte (c.1665-1710) from 1703 which will be the first work by the artist to enter the gallery’s holdings. Still-life by Adriaen Coorte, one of the four Old Masters given to the National Gallery.

The other pictures in the bequest are Christ crowned with Thorns by David Teniers the Younger (from 1641) and two botanical studies of insects and plants by Jan van Kessel the Elder (both 1654).

As well as the gifts to the National Gallery, he also made generous bequests to the Mauritshuis in The Hague and the Rijksmuseum in Amsterdam.

A testoon, or silver shilling, showing a portrait of the first Tudor monarch was bought by the Royal Mint Museum for £44,000.

It was bought in the room on behalf of the museum in south Wales, achieving a record price for a testoon at auction. 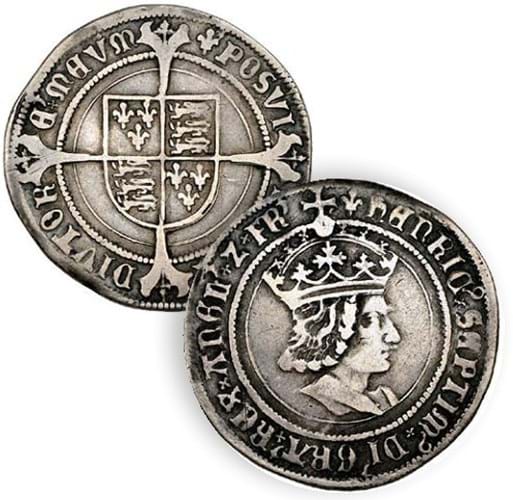 The Henry VII testoon, or silver shilling, that was bought by the Royal Mint Museum for £44,000.