An update from across the world of art and antiques including a new joiner at Duke’s and a new saleroom for Elstob & Elstob. 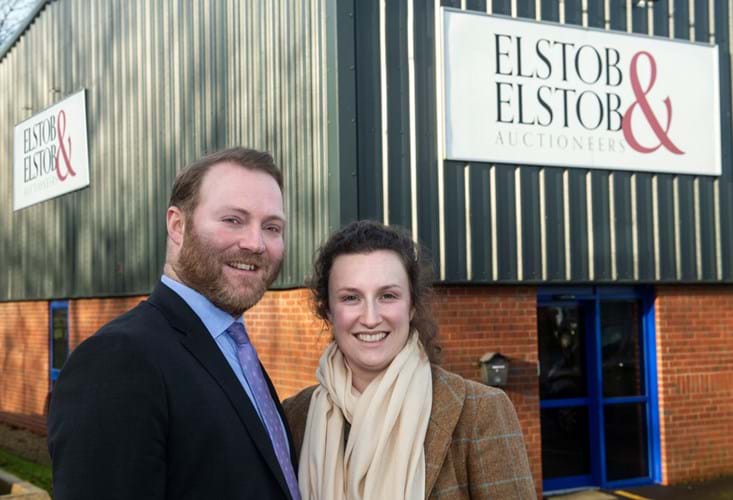 Auction house Elstob & Elstob is relocating to larger premises after just a year of trading.

However, following a growth in consignments it has now relocated to a saleroom on Ripon Business Park. The first auction in the new location will be on February 29.

David Elstob said: “Our time at Bedale Hall has been wonderful but we have now outgrown the space and want to be able to offer an expanded service to our clients.

“It will also be far more efficient to have everything under the one roof − something that was not logistically possible at Bedale − and the new location is very easy to access from across the region with plenty of free parking for our weekend sales.”

The auction house will increase the number of fine art and antiques sales in the coming year from four to six, together with at least two specialist sales of silver, jewellery, watches and objects of vertu. This follows the success of a specialist jewellery sale held at Newby Hall in December. Duke’s has hired Cristian Beadman to lead its quarterly Fine Art auctions at the salerooms in Dorchester. Previously at Dreweatts and Christie’s, he will focus on auctioneering and valuation work at the Dorset firm.

Bonhams has launched a fashion and handbags department in Knightsbridge and hired former Chiswick Auctions specialists Meg Randell and Winnie McGee. The first auction will be held in April. Read more about Bonhams' handbags sales here. The Heritage Crafts Association nominated craftspeople for honours and three have received MBEs in the New Year Honours List 2020.

The Canterbury Auction Galleries is switching its two-day auctions to weekend dates.

The first sale of 2020 is on February 8-9, with viewing on the Thursday and Friday before.

Freeman’s has moved from 1808 Chestnut Street, Philadelphia, its home of nearly 100-years, to two new buildings in the city.

Its head office is now at 2400 Market Street which comprises gallery space, an auction room and corporate offices.

Its inaugural sale at its other new location, within The Civic Building at 1600 West Girard Avenue, is its Decorative Arts & Design sale on January 22. This venue will focus on emerging markets and young collectors. Dallas’ Heritage Auctions is changing its weekly online comics, comic art and animation art auctions into two-day events. Its comic books auction will be held on Sundays in each week’s sale. Original art, animation art and video games, will be offered on Mondays.

The new schedule will allow auction sessions to finish earlier in the day. Barry Sandoval, vice president at Heritage Auctions, said: “We made this change to address the one downside of having so much quality material, namely that the live sessions had been ending a bit too late in the evening.”