Featuring predominantly Italian works from the Renaissance to the 19th century, many of the lots have been stored away since his death from pancreatic cancer aged 63 in 2001.

Born in Florence, Corsini began to buy Old Masters from the age of 18. For the next 25 years he dealt privately from his native city, before moving to New York in 1981 where he opened a gallery on Manhattan’s East 63rd Street. He later opened a gallery in Monaco in 1997.

A charismatic member of the trade who specialised in Italian Renaissance and Baroque pictures, he was an inveterate buyer at auctions, amassing works across a variety of price-points.  He staged annual exhibitions and also took part in fairs including in Maastricht, Paris and London.

Notable sales to museums included a Madonna and Child he had bought for $50,000 at Sotheby's in London in April 1986 as ‘Studio of Titian’. After restoration, it was reassessed and attributed to the master himself and he sold it to the Kimbell Art Museum in Fort Worth for $1.5m. Christie’s head of sale Maja Markovic said: “Piero Corsini was one of the most successful and charismatic art dealers of his day, and this auction is a testament to both the insatiable curiosity of his collecting and his connoisseurly intuition for discoveries.”

Three further highlights of the sale appear below. 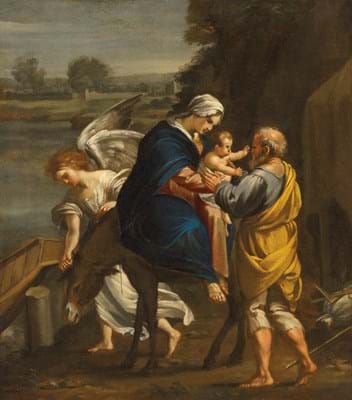 The sale will open for bidding on September 23 and run online until October 7. A physical viewing will also be taking place at Christie’s King Street rooms from September 24-30.